The County of Tende was born of the dismemberment of the county of Ventimiglia from the tenth century. In 1261, the marriage of Guillaume-Pierre, count of Ventimiglia-Tende, with Eudossia Lascaris, sister of the Byzantine emperor Giovanni Lascaris, marked the birth of the Ventimiglia’s Lascaris dynasty. The Lascaris Counts developed and gained their autonomy thanks to the control of the Col de Tende and the collection of taxes and rights of way.

In 1575, Tende passed under the domination of the House of Savoy until 1946, with the only exception of the years of the French Revolution and the Napoleonic period. In 1692, the Ventimiglia-Lascaris castle was mined and exploded by order of the French marshal Nicolas de Catinat. It now houses the cemetery. The referendum of October 12th 1947 establishes the passage of Tende and the high valley of Roya to France.

Typical lauze roofs (local stone), wooden balconies, carved and decorated with green stone or slate, as well as narrow streets, stairs and porches, characterize the medieval village of Tende. From the seventeenth century, with the opening of the Royal Road, whose route coincides with that of the current National Road, the village even extended outside the medieval walls. This is a real bypass, along which many buildings were built. They currently hosts the City Hall, the railway station, the tourist office and the Museum of Wonders.

The ideal tour route starts from the town hall square, where you can see the chapel of Saint-Sauveur, built on a rocky spur overlooking the village. From there, take the rue de France to see the Maison Chionea, the gate of Italy and Notre-Dame de l’Assomption. This cathedral was begun by Giovanni Antonio Lascaris towards the end of the 15th century on the ruins of a pre-existing church. Continue towards the Place du Traou, the Place du Pont and Place Balarello. The route is rich in scenic views. From there we can admire chapels and remarkable panoramas. Not to be missed: the Museum of Wonders and, for those who do not fear a passage on a “via ferrata” (adventurous rock facing route), the visit of the chapel Saint-Sauveur.

The main hamlets of Tende are Vievola (last agglomeration before the col), Granile with its particular roofs, iridescent lauzes, San Dalmazzo and Castérino. They are the starting point for many excursions to discover the engravings of Mount Bego and the headquarters of a Nordic skiing center. Among the traditional festivals of the chief town, let’s mention Saint-Eloi day, the saint patron of mules and muleteers (second Sunday of July), and the feast of the Saint-Roch, the big peasant party of mid-August. 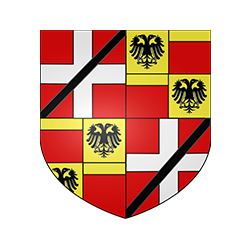 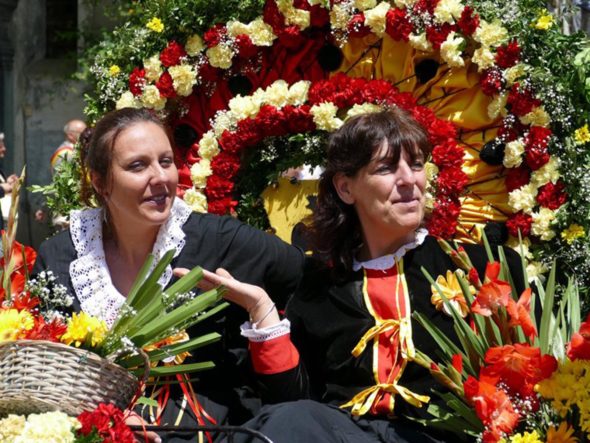 For centuries, the mule-drivers of Tenda and Limone Piemonte made a living by providing transport for people and goods along the Colle di Tenda... 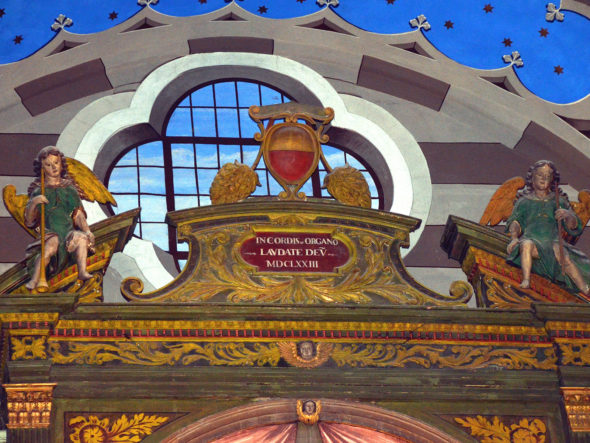 The Collegiate Church ND de l'Assomption is located in the medieval village and overlooks Cotta alley. The organ is at the back of the... 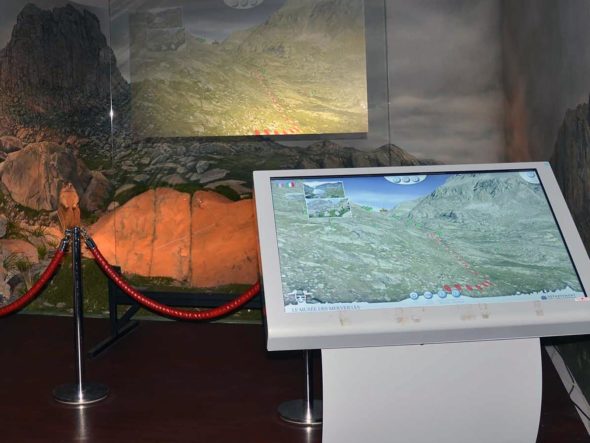 The entrance to the museum is preceded by a large forecourt and columns covered with figures reproducing the emblematic figures of the rock engravings... 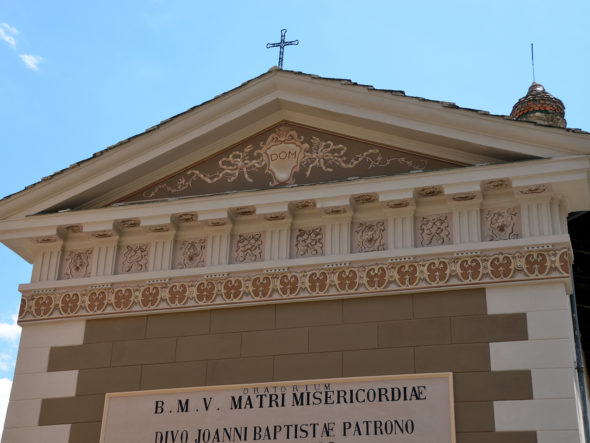 The chapel of the Mercy is on a small square below the place of the collegiate church’s old cemetery. Located between two streets, it... 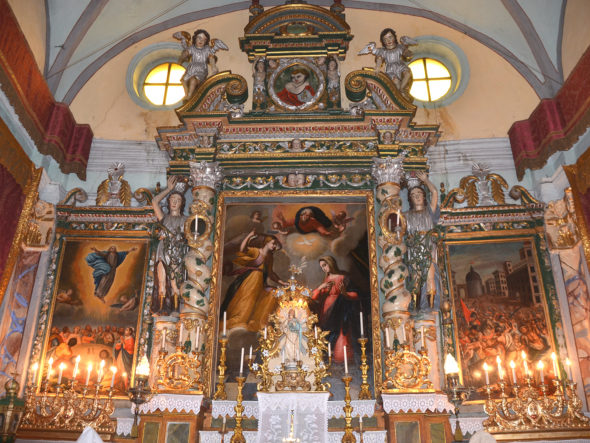 The chapel of the Annunciation is located on a small square below the square of the old cemetery of the collegiate church, it is... 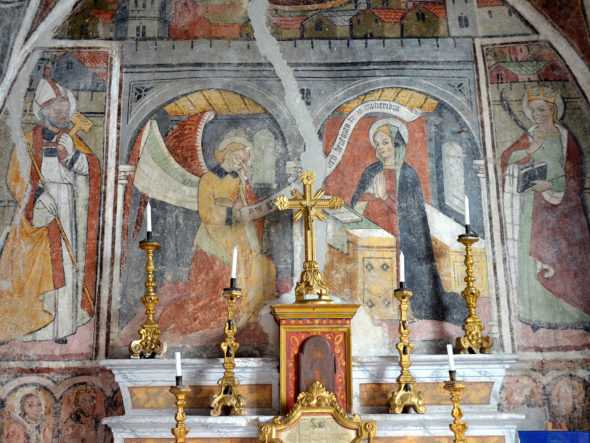 The Annonciade chapel is located at the edge of the Rue de France (France street), at the northern entrance of the medieval village, against... 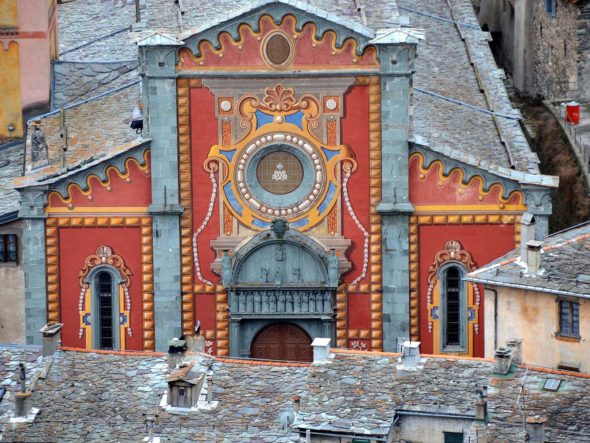 Narrow streets a side plot surround the church building. The high facade rises on a vast staircase in a narrow alley. 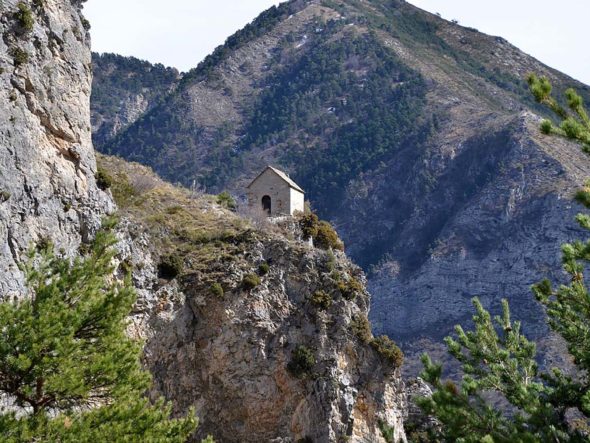 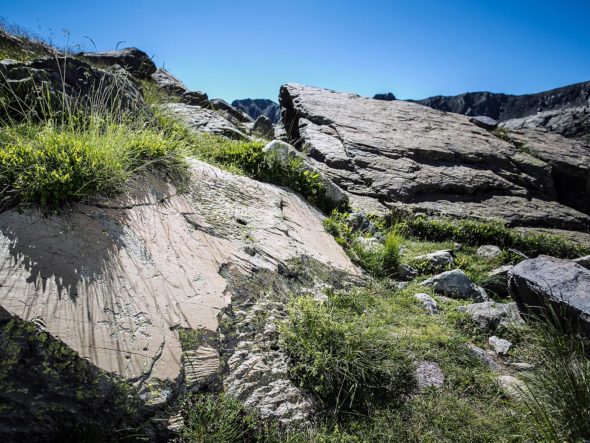 The high-altitude sites of Merveilles and Fontanalba stretch from the meadows of alpine pastures to the rocky slopes of neighboring peaks, above larch forests.... 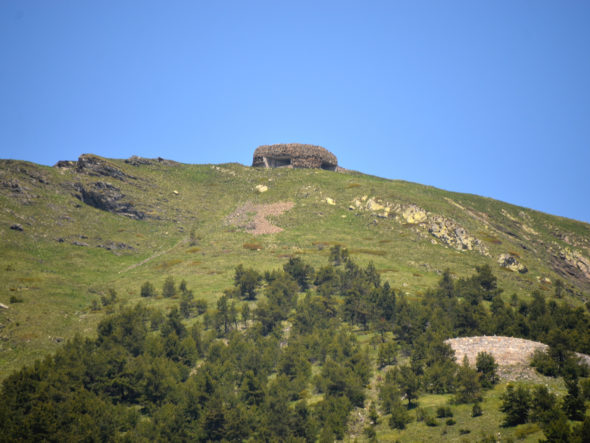 Much of the work consists of the underground galleries connecting the entrances and fortified observation and fire stations, which are integrated into the landscape... 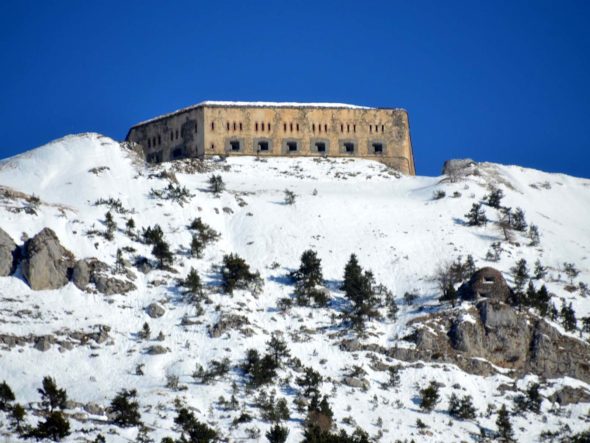 Each of the six forts is located on a dominant and open site, surrounded by alpine pastures, snow-covered in winter. Their position is more... 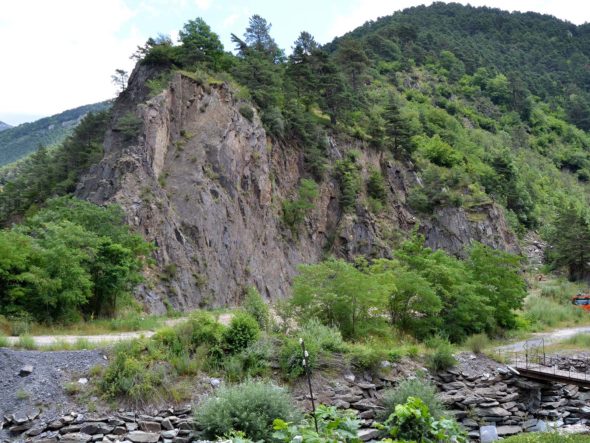 The old quarry has cut a pelite (rocks) vein, presenting itself in the form of a rocky ridge in a meander of Roya river... 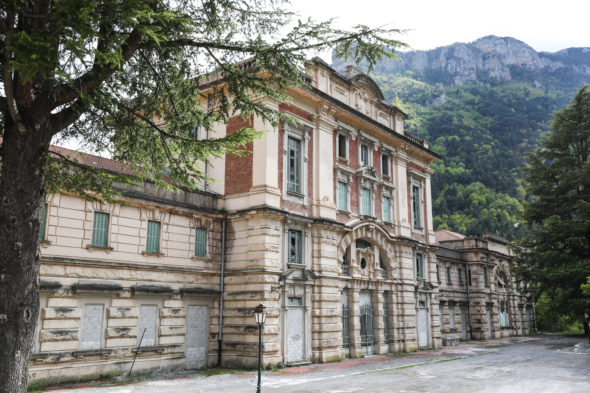 Saint-Dalmas and Tende’s stations occupy clear and flat spaces in both towns. They are located between the tracks and vast parking areas. Visible work... 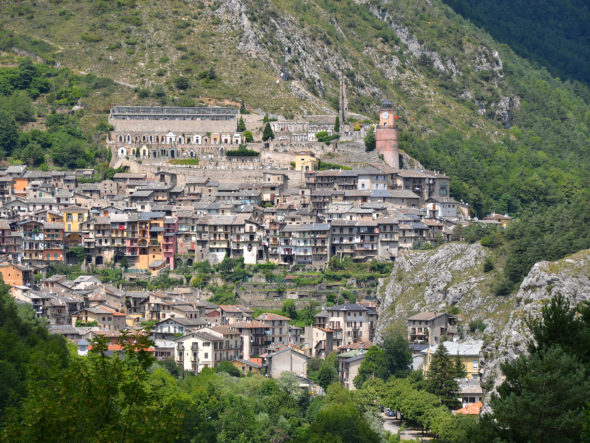 The medieval part of the village of Tende develops on both sides of a tributary valley of the Roya west - east, on a... 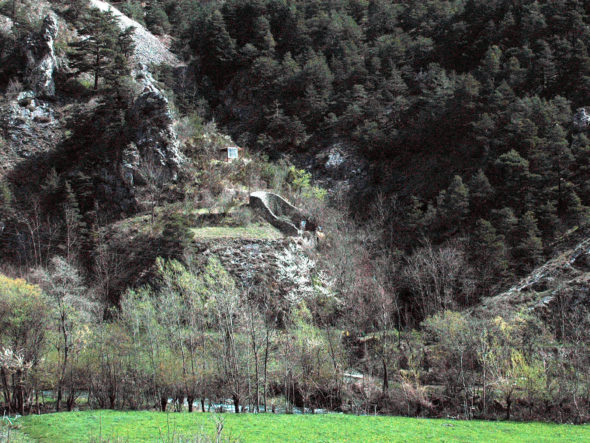 Naiji are usually found on the edge of cultivated areas, or forests at the base of sloping sites. 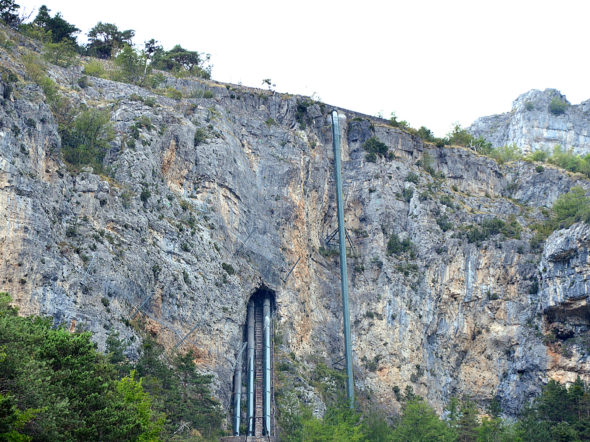 1. Mesches site: on a plateau of Casterino road, Mesches artificial lake is retained by a high dam in a forest landscape. 2. Saint-Dalmas... 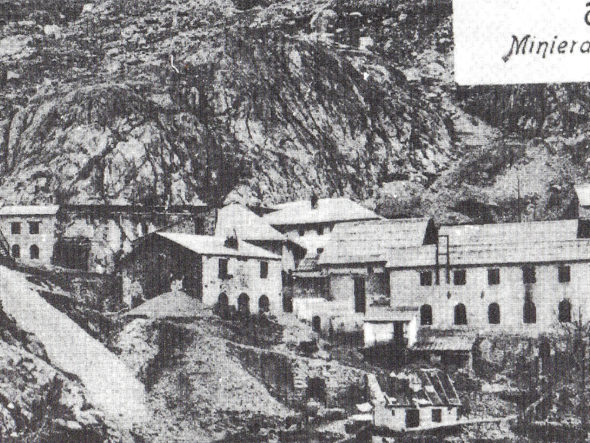 The formerly exploited galleries, as well as most of the constructions of the mining hamlet, are located on the right bank of the Inferno... 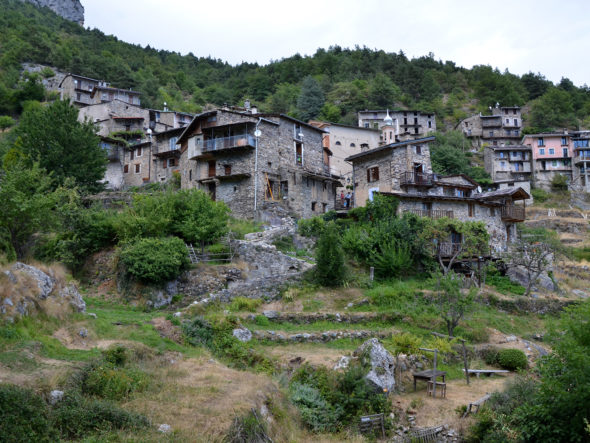 The hamlet of Granile is on the south-facing slope of a ravine flowing towards the Paganin Gorges, in Roya valley. The hamlet is surrounded... 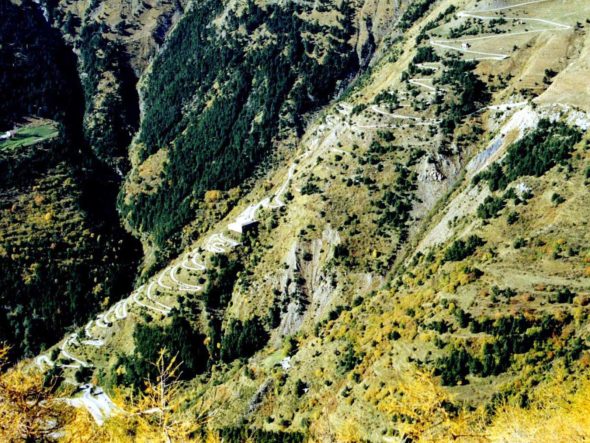 The Roya side old road of Tende Col develops its laces on the steep southern slope of the ridge. 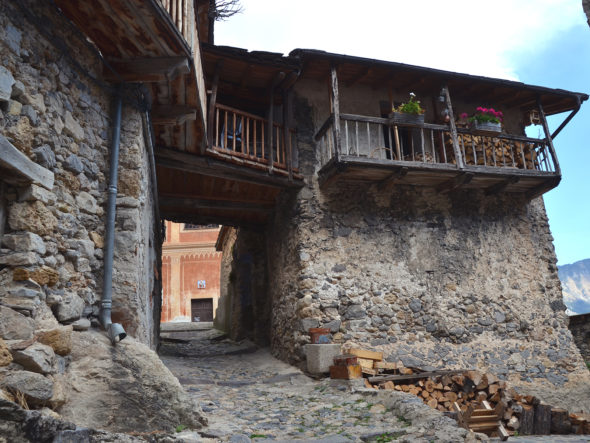