The bell tower was completed in 1462, before the church. This is consistent with its Lombard Romanesque style. An octagonal Renaissance lantern surmounts it, presumably later.

The “noble” facades (east and north) are decorated with lesenes / pilasters of Tende green stone. They are connected at the top by arches on the drains (east) and arcades friezes under the creepers (north).

The main facade has a very colorful decor, created in the nineteenth century and restored during the 1980s.

Tende’s Renaissance green stone portal was set up in 1562. It overlooks the street at the top of a vast staircase in a truncated pyramid, which accentuates its monumental character.

The nave and the aisles, arranged in three bays, are separated by high semicircular arches supported by Tende green stone columns.

The starry sky paintings under the vaults were redone to the neogothic taste of the late nineteenth century.

The choir is in the form of a vast apse with 7 sides.

The Baroque high altar is very similar to the eighteenth century’s ones in the region: steps decorated with angels, scrolls and spirals, cartridges in false marble.

To the left of the choir, the seven-sided apse shelters a baroque stucco altar decorated with spiral palms and scrolls surmounted by a wooden Baroque altarpiece. On the ground is located the slab of the vault of Lascaris, counts of Tende.

In the chapel to the west (right) of the choir, one can see a statue of the Pietà, in olive wood of the eighteenth century. The chapel was entrusted to the brotherhood of St. Roch, shepherds, in 1913.

Some local families and fraternities, following the “Counter-Reformation between the 17th and 18th centuries, added baroque altars and altarpieces.

Suffrage chapel or Saved Souls (1721): a large canvas representing the elevation of the souls of Purgatory surmounts the altar tomb. The fluted side columns support a curved pediment.

A carved wooden altarpiece painted and gilded surmounts the altar of the Rosary, baroque stucco. A statue surrounded by painted scenes depicting the “fifteen mysteries of the Rosary” represents the Madonna of the Rosary.

The altar dedicated to Sainte-Brigitte, patron saint of pilgrims (1622) became chapel of the Immaculate Conception in 1752. The altarpiece in painted carved wood is framed by twisted columns and foliated fins and gilded spiral scrolls. The entablature has a decor of foliage and cherubim. The broken curvilinear pediment carries two firepits and frames an edicule carrying a small painting is surmounted by coats of arms. The canvas of the altarpiece represents the Immaculate Conception.

The wooden altarpiece of the chapel Sainte-Agathe has the same structure as that of Sainte-Brigitte (1622). In 1857, the Society of St. Eloi negotiated the sharing of the altar, which now represents the two saints, Agatha and Eloi.

The chapel Saint Joseph and Saint Lucia (1738) presents the two saints under the benevolent Virgin and Child crowned by angels.

An organ of the Lombard factor Serrassi (1809) is on the grandstand, in an earlier Baroque buffet of the seventeenth century (1673).

Pedestrian access through the alleys of the village of Tende. Parking near RD 6204 road, outside the historical village.

Access to the church is dependent on a sloping lane. Parking is possible on the outskirts of the historical village. The main entrance is through a wide staircase limiting access to valid people. The secondary entrance on one level, is generally closed, some vehicles can approach. Inquire at the tourist office for access to people with reduced mobility.

Daily opening to the public (9am-5pm, 6pm summer). Free access. Visiting conditions may be imposed during ceremonies and Sunday Mass. 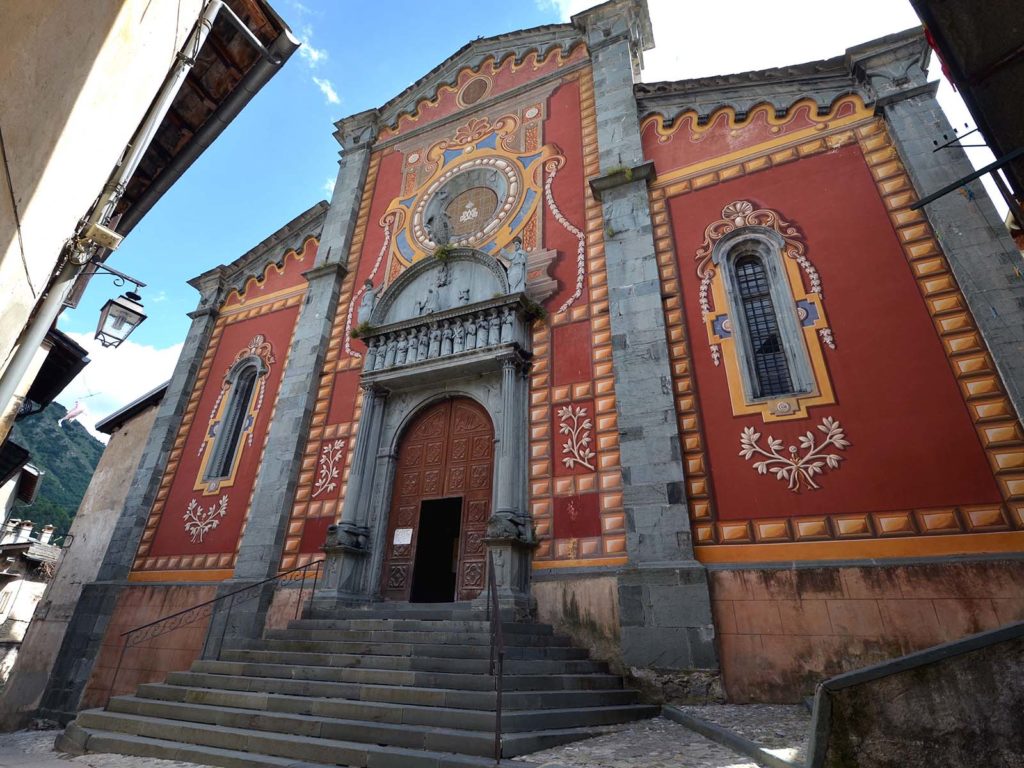 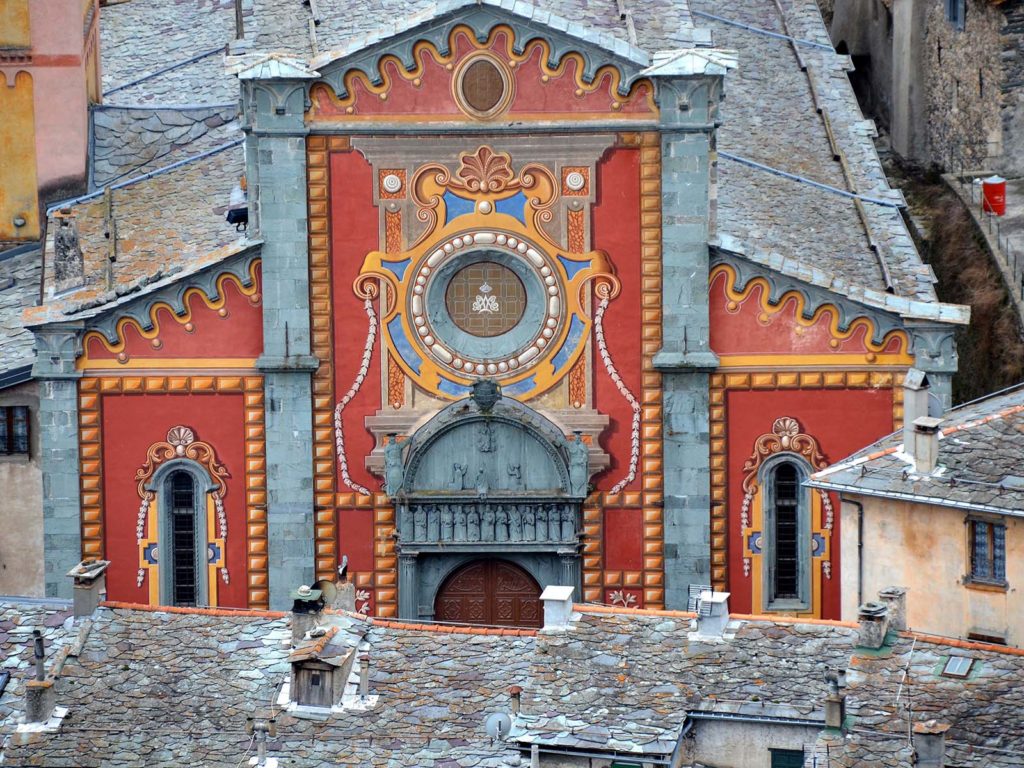