The suggested itinerary around the settlement of Tende proposes the discovery of the hydraulic heritage of the 20th century. The hydro-power of the waterfalls of the upper basin of the Bieugne (tributary of the Roya) was the fulcrum of engineering strategies and works, both before and during the First World War, allowing a conspicuous hydroelectric production.

This will allow you to stop in Saint-Dalmas de Tende, walk along the road towards the touristic village of Casterino, starting point for many summer and winter excursions, to then cross the small village of Conventi and walk along the dam of the site of Les Mesches.

By slightly deviating towards the agricultural village of Granile, it will instead be possible to discover the magnificent landscapes of a village that has preserved its appearance of the 19th century.

Before venturing out in winter, it is advisable to check the accessibility of the road. 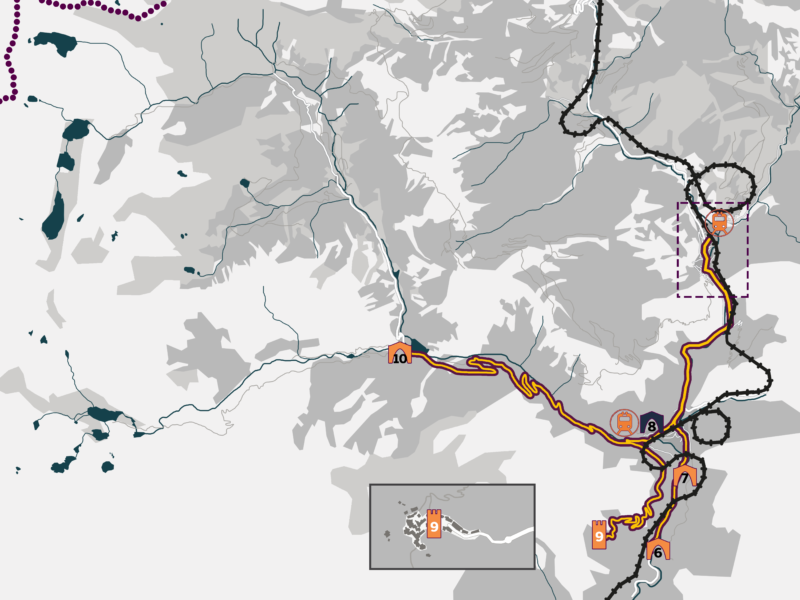