At an altitude close to 1,100 m, on a narrow platform of rocky crest, the small Saint-Sauveur chapel overlooks the village of Tende by about 300 m.
The establishment of this chapel on a real eagle’s nest, the quality of its implementation, the few vestiges of frescoes, exceptional in the region, constitute a remarkable element, although very modest, of the heritage of Roya valley.

The very small medieval chapel (probably from the 13th century) consists of a vaulted nave in a broken cradle and a vaulted apse in cul-de-four. A small semicircular bay, with sashes, illuminates the apse. A door is on the opposite facade. The roofs are covered with lauzes (flat stone tiles).

The facades, made of layers of stones of varying thicknesses, are erected with great care, characteristic of the Lombard Romanesque period. However, the facades do not present carved decorations of lesenes types or friezes arcatures.

Interior coatings have largely disappeared due to the long period of abandonment to weather and infiltration. Nevertheless one can still see the traces of a decoration, probably from the thirteenth century.

The double arch between the nave and the apse bears the remains of a painted frieze.

On the left wall of the apse are located three figures. One of them is a Christ-like person, his right hand raised, two fingers erect, holding a roll of paper in his left hand. Representation and employed technique relate these figures to the Byzantine tradition.

Long neglected, the chapel was very degraded when it was restored during the 1990s.

Marked hiking trail from the cemetery, at the top of the village.

Limited access due to the nature of the steep hiking trail 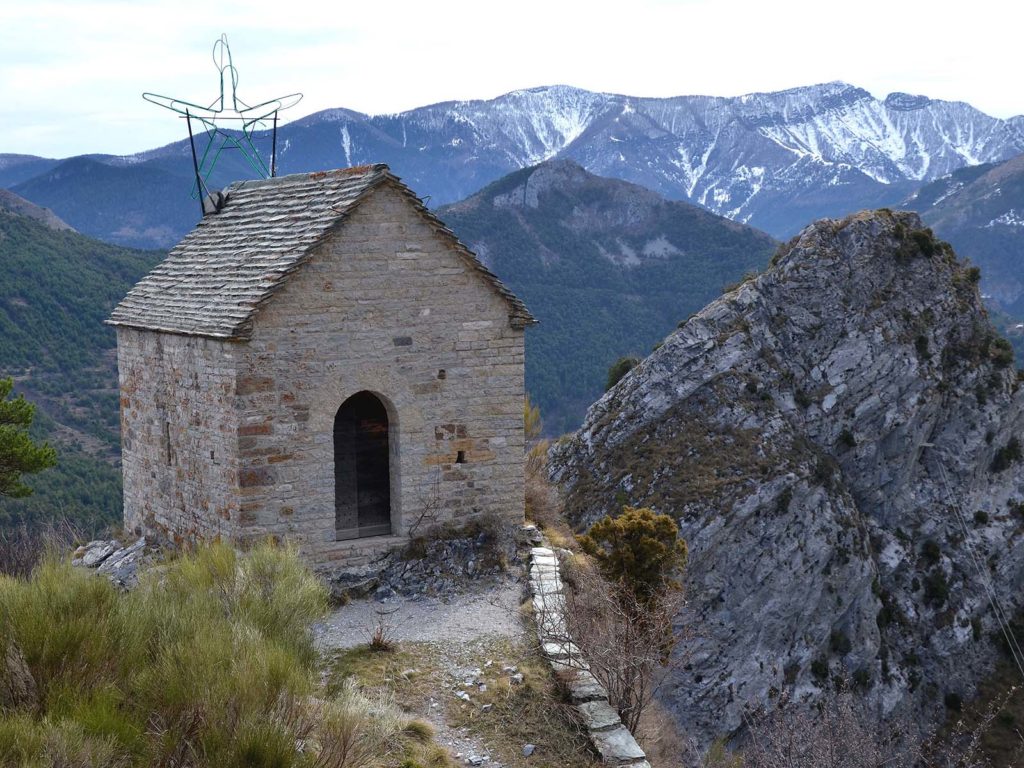 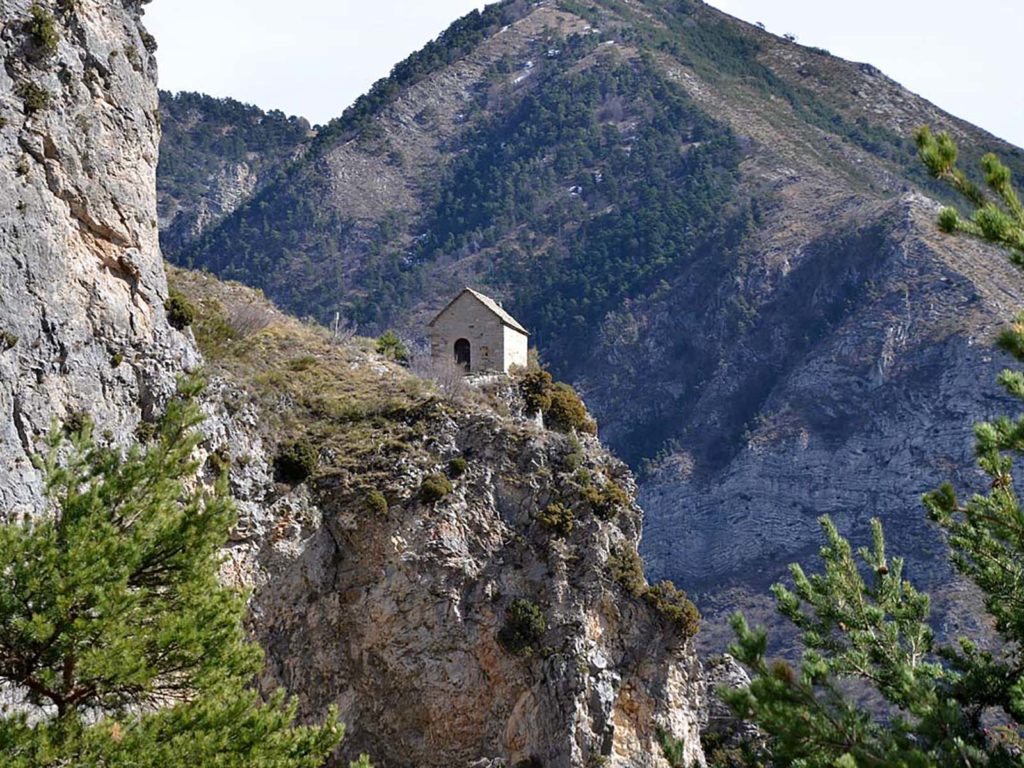