The small chapel stands against the north gate of the medieval village of Tende.

Fifteenth century frescoes were accidentally rediscovered under a baroque decor. The experts have likened the style of the frescoes to t Giovanni Baleison’s, Piedmontese artist, to whom they have been attributed.

Illustrations of the lives of the Virgin, Christ and the saints meet that time’s themes.

The east wall (behind altar) is divided into four panels, presenting God the Father surrounded by two angels overlooking a medieval town, the Annunciation, St. Blaise the Bishop, St. Catherine of Alexandria, on a frieze representing the Holy Apostles.

The north wall presents the Visitation, the Nativity, the Adoration of the Kings-Magi, the Flight to Egypt, and the massacre of the Innocents.

On the south wall we can see St. Bernard de Menthon, a Christ of Piety, an unidentifiable saint surmounted by an angel.

The cross vault is divided into four sectors by friezes radiating around a central medallion. Each sector bears the representation of an evangelist.

Logically, the north facade facing the outside of the village has no opening. The door of the chapel to the west and the window to the south, opened inside the walls of the old village.

Pedestrian access through the alleys of the village of Tende. Parking near the RD 6204 road, outside the historical village.

The single-storey access to the chapel is dependent on a steep alley. Parking is possible on the outskirts of the historical village.

Occasionally open to the public (Heritage Days, some festive weekends in summer, or by appointment from 10 people) 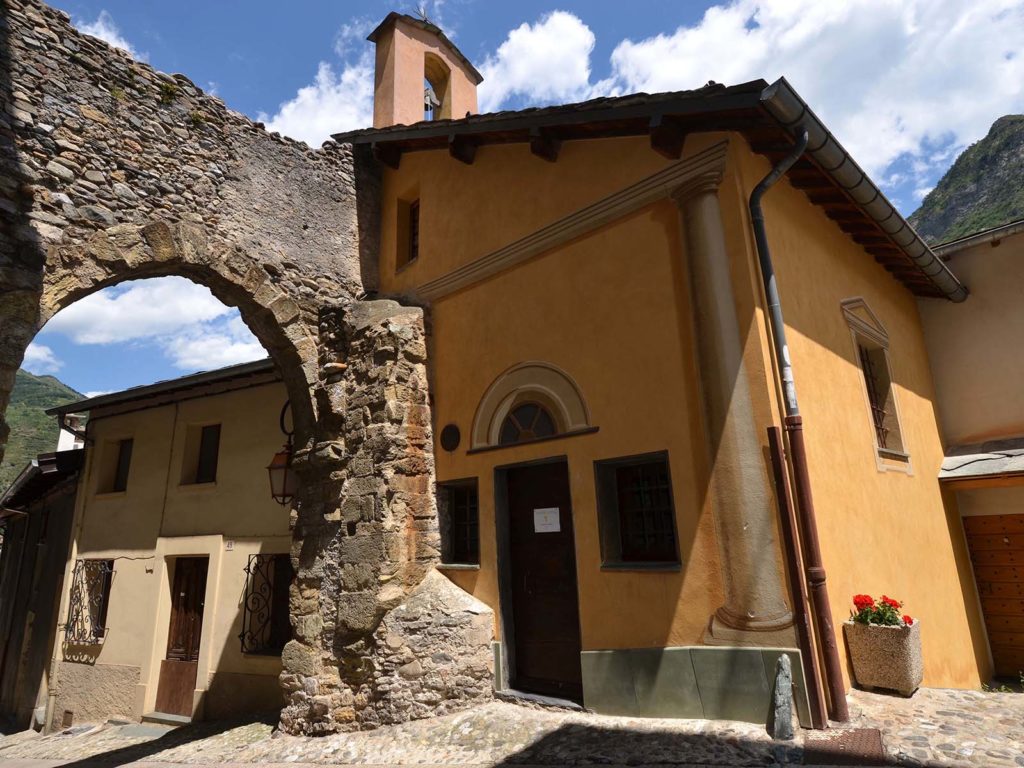 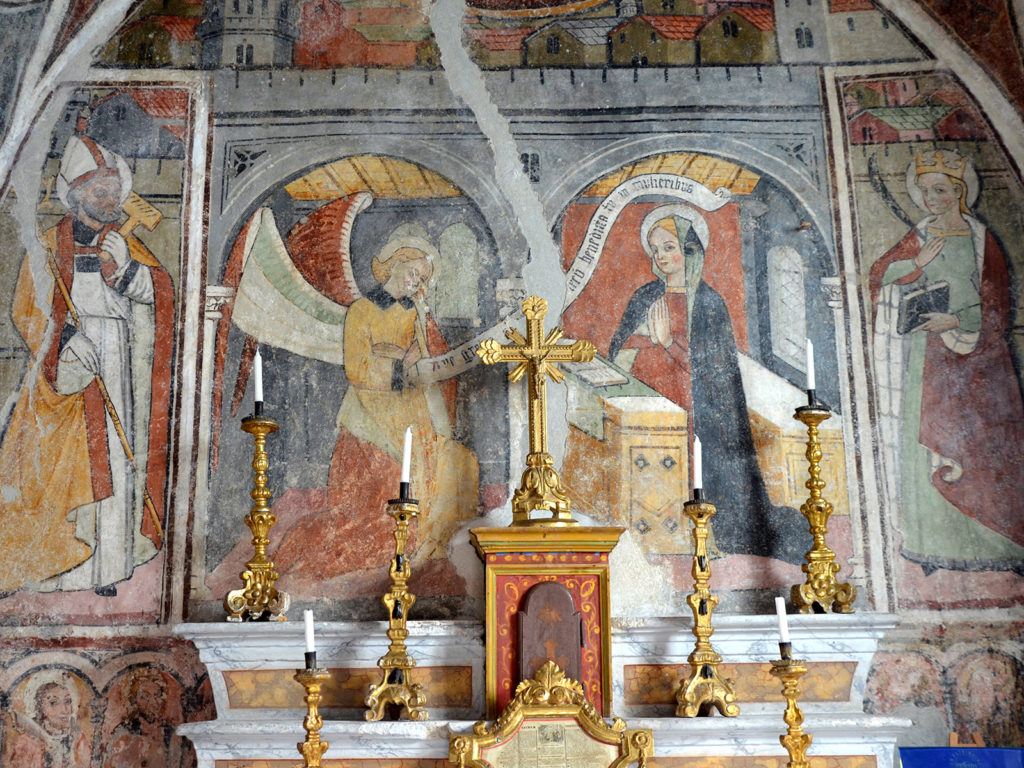