Capital of the brigasque community, former shepherds and transhumance land, La Brigue has all the charm of a medieval mountain village. The carved reliefs in bas-relief, the painted facades and the numerous baroque buildings can tell the splendor of yesteryear. The current town of La Brigue -which includes the hamlet of Morignole – was until 1947 the chief town of the Italian municipality of Briga Marittima, which included the hamlets of Piaggia, Upega, Carnino (now part of the municipality of Briga Alta) and Realdo (currently part of the municipality of Triora).

Between the fourteenth and sixteenth centuries, La Brigue was an important cross between the three mule tracks of the Roya, Tanaro and Nervia valleys. The commune extended on the crests of these three valleys and on all the basin of the river Levenza (tributary of the Roya), where the conditions were favorable for the development of a city and trade. In the fourteenth century, La Brigue had seven thousand inhabitants and reached its peak time, with a flourishing economy based on pastoralism, agriculture and trade in dairy products and wool.

The visit of the village, which follows the right bank of Levenza and which is crossed by the Rio Secco, can start from the place Saint-Martin, on which is located the tourist office and the namesake and austere Collegiate of Roman-Lombard style, which houses numerous remarkable works dating back to the sixteenth century. But that’s not all: there is also the Baroque style chapel of the Assomption, home to a precious 18th century portable organ, and the Baroque chapel of the Annunciation. From the square, take the winding Filippi street to reach the ruins of the Lascaris castle, which once overlooked the village. From there, go back down to the village admiring the many typical lintels, the slate architraves carved in bas-relief with images of religious or philosophical character. Place de Nice, Maison du Patrimoine museum and the Saint-Michel chapel, dedicated to the patron saint of shepherds, are definitely worth a visit.

We now leave the town to head for the impressive Pont du Coq, located on the road that leads to the sanctuary Notre-Dame des Fontaines, nicknamed the Sistine Chapel of the Southern Alps thanks to its magnificent frescoes of the late fifteenth century representing the Passion of Christ, some scenes from the life of the Virgin, the Evangelists, the Fathers of the Church and the Universal Judgment.

Among the most not to be missed typical events, there is the medieval festival which takes place every two years, the third weekend of July and the festival of the brigasque sheep, at the end of October, with its market of local crafts, sheep cheeses and mountain honey, entertainment, botanical walks and transhumance herds in the village. 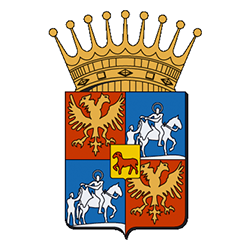 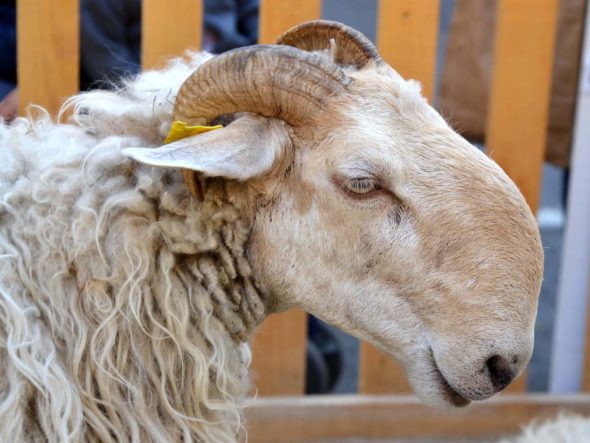 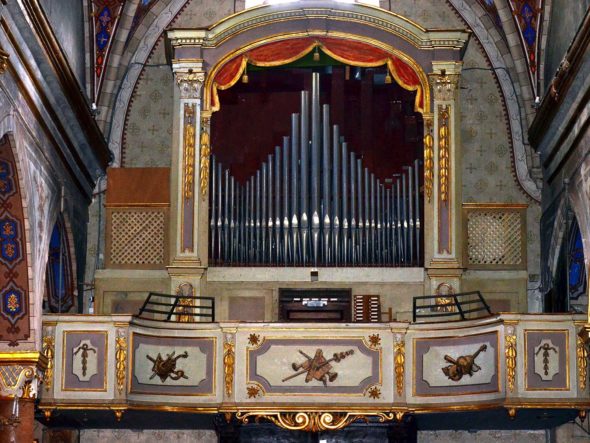 Saint-Martin collegiate church is located at the western entrance of the village, opposite Saint Martin's Square. The organ is at the back of the... 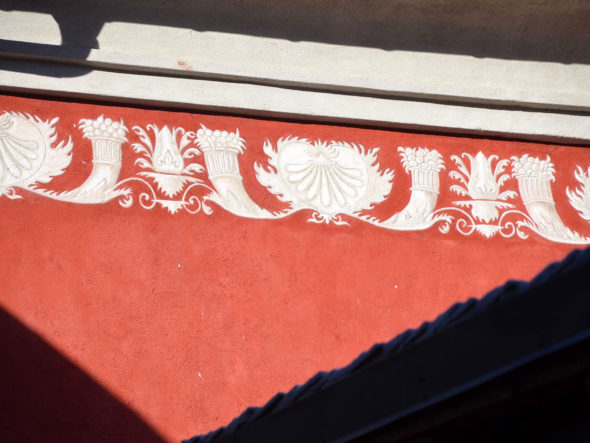 The Maison du Patrimoine Brigasque is located in the center of the village of La Brigue, near Place de Nice (Nice Square) 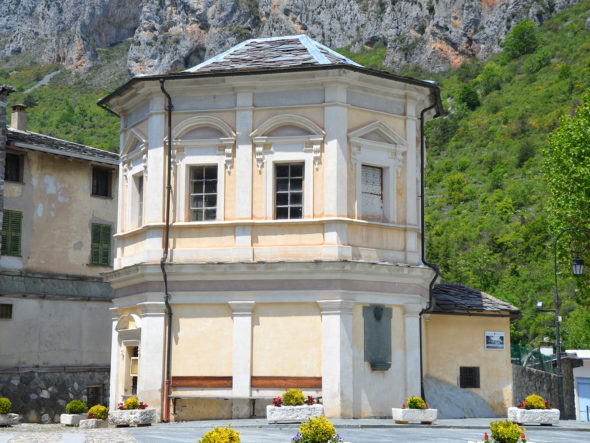 Saint-Michel chapel is located in the center of the village of La Brigue, on the Nice Square (Place de Nice). 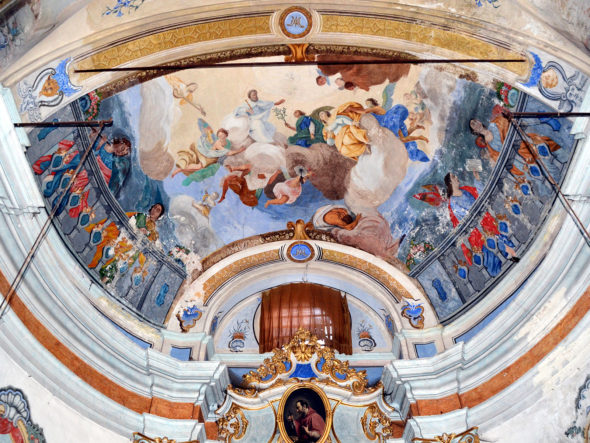 The White Penitents Chapel, known as the Annonciade is located at the western entrance of the village, at the back of the Saint-Martin Square. 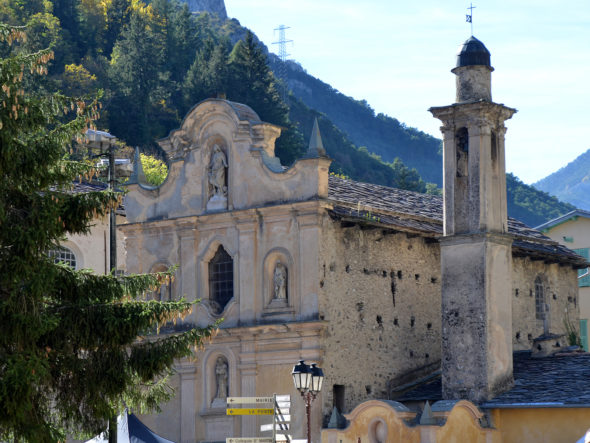 The White Penitents Chapel, known as the Assumption, is located at the western entrance of the village, Saint-Martin square. 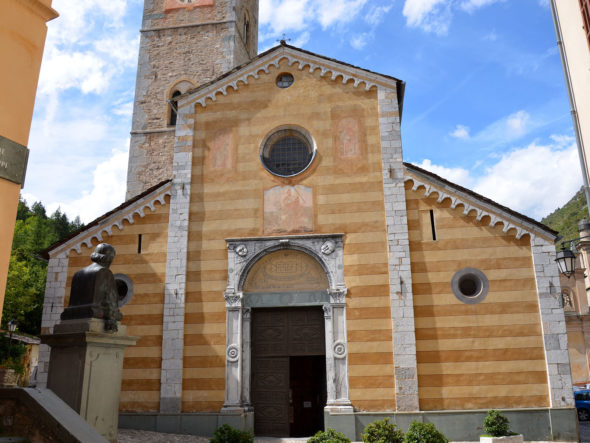 Saint-Martin collegiate church is located at the western entrance of the village, opposite Saint Martin's Square. 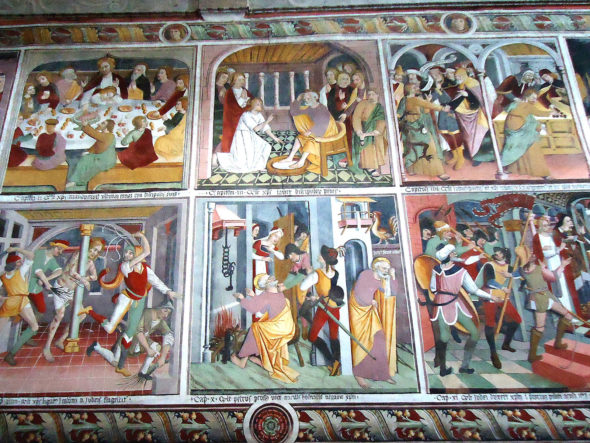 ND des Fontaines Chapel is located on Mont Noir valley. It is surrounded by forest and adjoins the river that it overlooks on the... 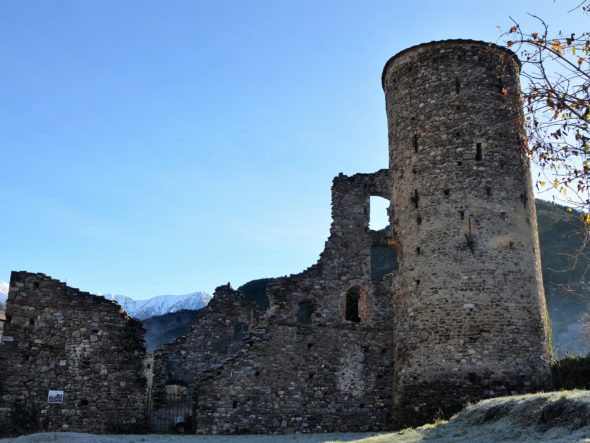 The remains of the castle Lascaris are on the outskirts of the village of La Brigue, on a hill. It is located between the... 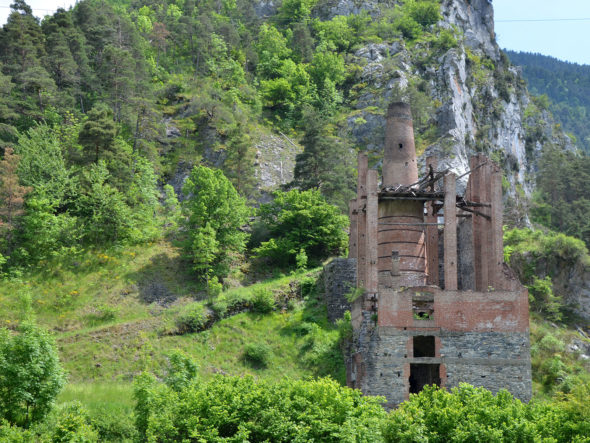 The lime kiln is surrounded by nature, on the banks of a river, on a narrow platform at the foot of a steep slope... 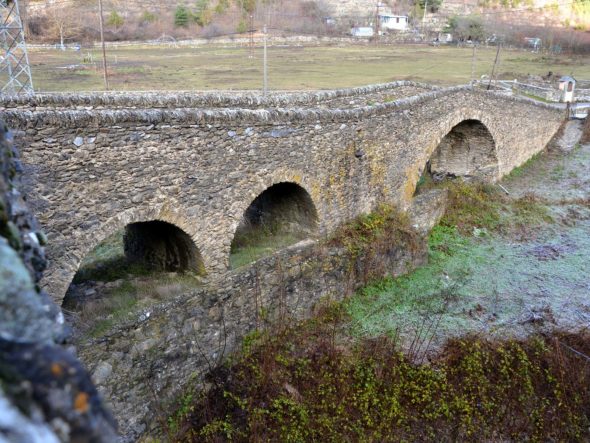 The Pont du Coq (pedestrian) crosses Levenza river, at the start of RD 43 road, in a landscape of fields and orchards. 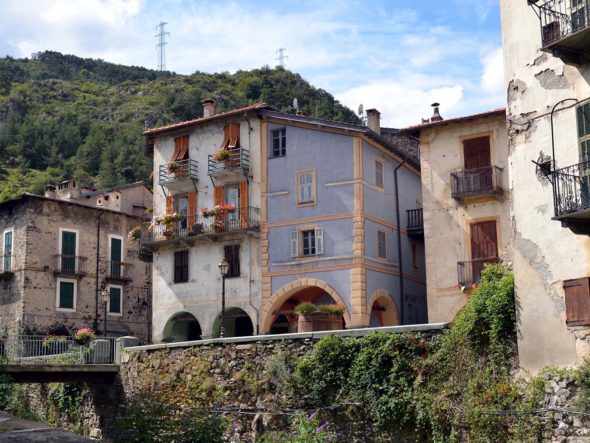 The historic village of La Brigue develops on both sides of a valley (Rio Secco) South-North oriented, on the left bank of the Levenza,... 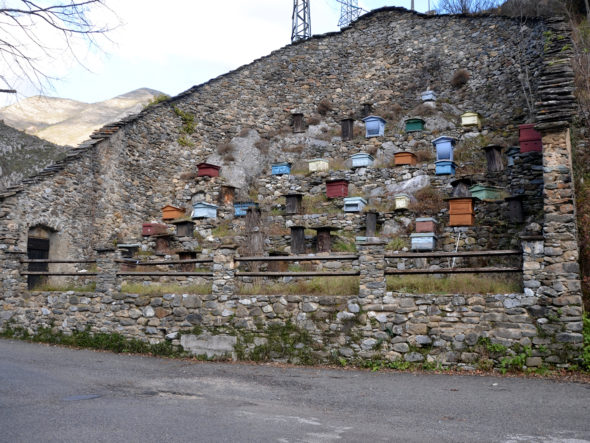 Ca d’arbine are usually found on the edge of cultivated areas or forests, at the base of sloping sites.