The location of La Brigue, deviated from the ancient royal road of Savoy (current RD 6204), can raise doubts about the origin of the historical wealth of this village.

When Count William Peter II of Tenda died in 1369, his younger son founded the Brigasque branch of the Lascaris and began a policy of openness, unlike the branch of Tenda. Between the 14th and 16th centuries, La Brigue became an important crossroads between the three mule tracks of the Roya valleys (towards Nice), of the Tanaro (towards Piedmont) and of the Nervia (towards Liguria). The town developed on the top of these three valleys and on the entire basin of the Levenza (tributary of the Roya) where conditions were favourable for the development of a main city and for trade.

It was only in 1575 that Tenda integrated the Savoy lands, favouring the development of a safe path through the Colle di Tenda. Thus, until the beginning of the seventeenth century, the Nice – Turin via La Brigue mule track, as well as the access towards Genoa via Triora, enriched the population. The proposed itinerary allows you to discover a large number of decorated architraves carved into the black schist of Réaldo, as well as a variety of representative works. 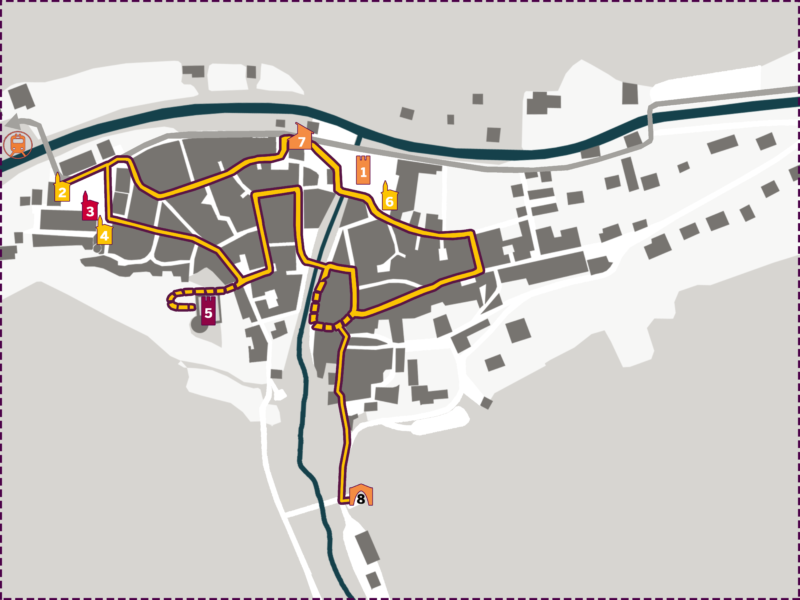