The Collegiate Church of St. Martin was opened to worship on August 1, 1501.

The Gothic inspiration is visible on the crossed vaults with ribs. Arches separate the bays.

Between 1575 and 1578, the main facade was endowed with the portal and the Renaissance white marble oculus.

From the seventeenth century, the peripheral chapels, the choir and the high choir were equipped with Rococo style baroque decorations and other more classical decors.

The side chapels were owned by big local families, or by brotherhoods. Their magnificent altars and Baroque altarpieces serve as a setting for Renaissance and Mannerist canvases and polyptychs.

From D 6204 road, at Saint-Dalmas de Tende, take RD 43 road to the entrance to the village of La Brigue.

Daily opening to the public. 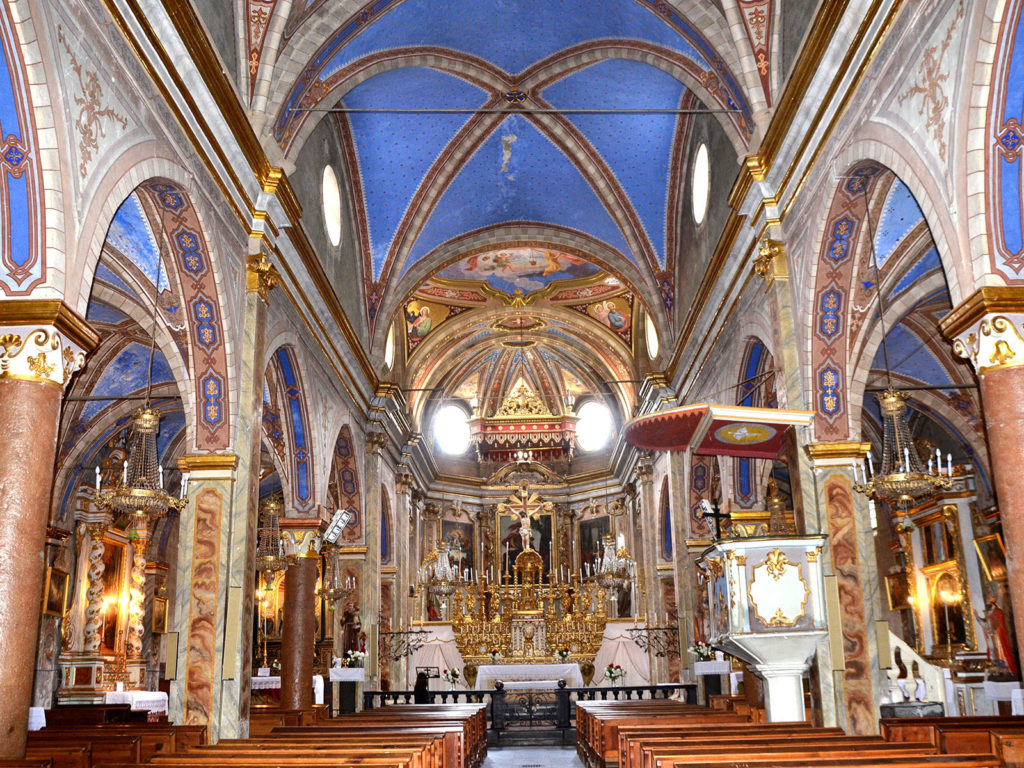 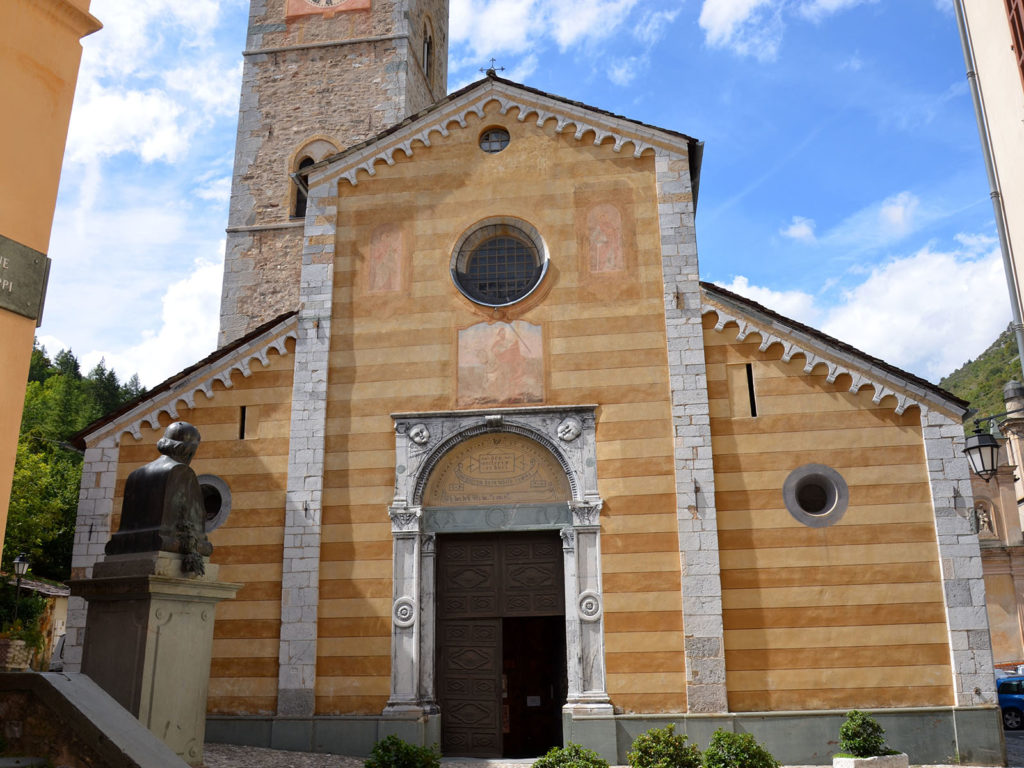