The brotherhood of the White Penitents of the Assumption (Assunta) was founded in 1395, according to a table of its members preserved in the sacristy.

The chapel of the Assumption was built in the seventeenth century, then redecorated once in 1725 and a second time in 1852 (inside and outside).

Its Baroque facade is composed on two levels surmounted by a pediment.

The first level represents more than half of its height. It is divided into three equal parts by four fluted pilasters surmounted by double capitals, of Tuscan inspiration, at the level of the two superimposed cornices. A niche with a statue of Saint Joseph bearing the baby Jesus overlooks the door. It was given a Tende’s green schist frame in 1852.

The second level, also framed by not fluted four pilasters, is open by a wide bay in the center, framed by two niches statues (unidentified martyr and St. Anne).

The curvilinear pediment framed by late pyramids, presents a similar niche housing a statue of the Virgin in Assumption.

The bell tower is in a lateral position, separated from the body of the chapel.

The single nave with three bays, covered in cradle, has a flat apse. The apse is separated from the nave by a triumphal arch.

The abundant decoration of original stucco (1725) is accompanied by trompe-l’oeil paintings of the nineteenth century, including life of the Virgin’s scenes in medallions painted on the sidewalls.

The Baroque altarpiece, in stucco with double twisted columns and rococo pediment, frames a nineteenth century painting of the Assumption.

A wooden stand with musical instrument decorations was added in the 19th century to house a 17th century portable organ. It is now located in the museum of Maison du Patrimoine Brigasque (Local Heritage House).

From D 6204 road, at Saint-Dalmas de Tende, take RD 43 road to the entrance of the village of La Brigue. 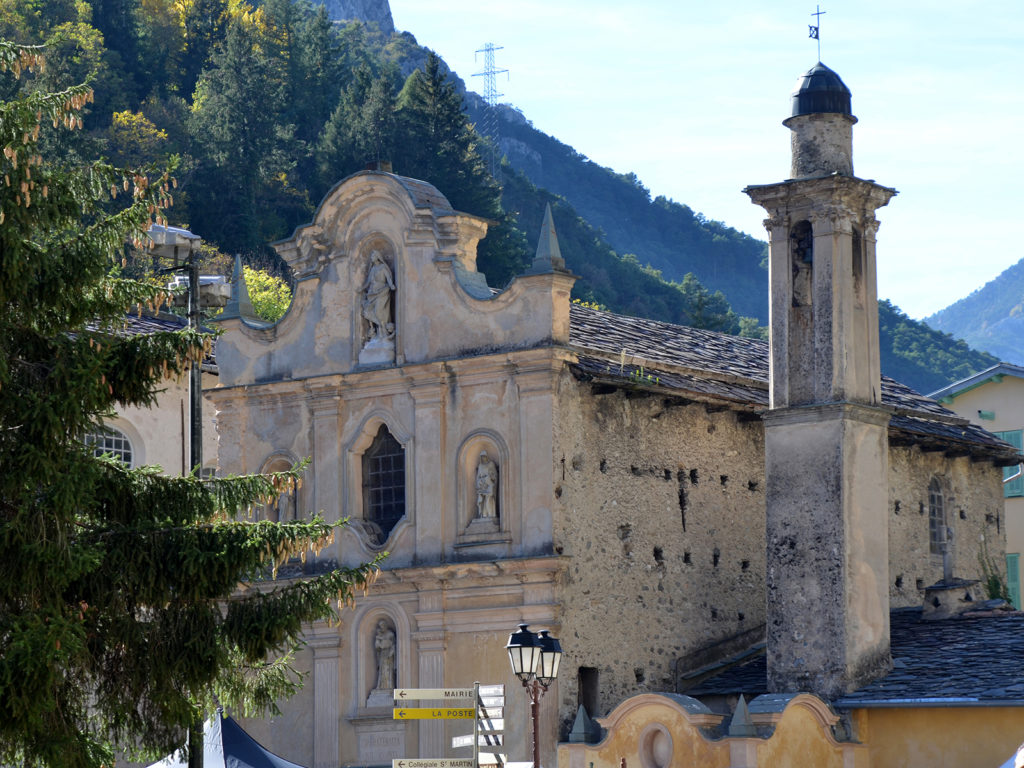 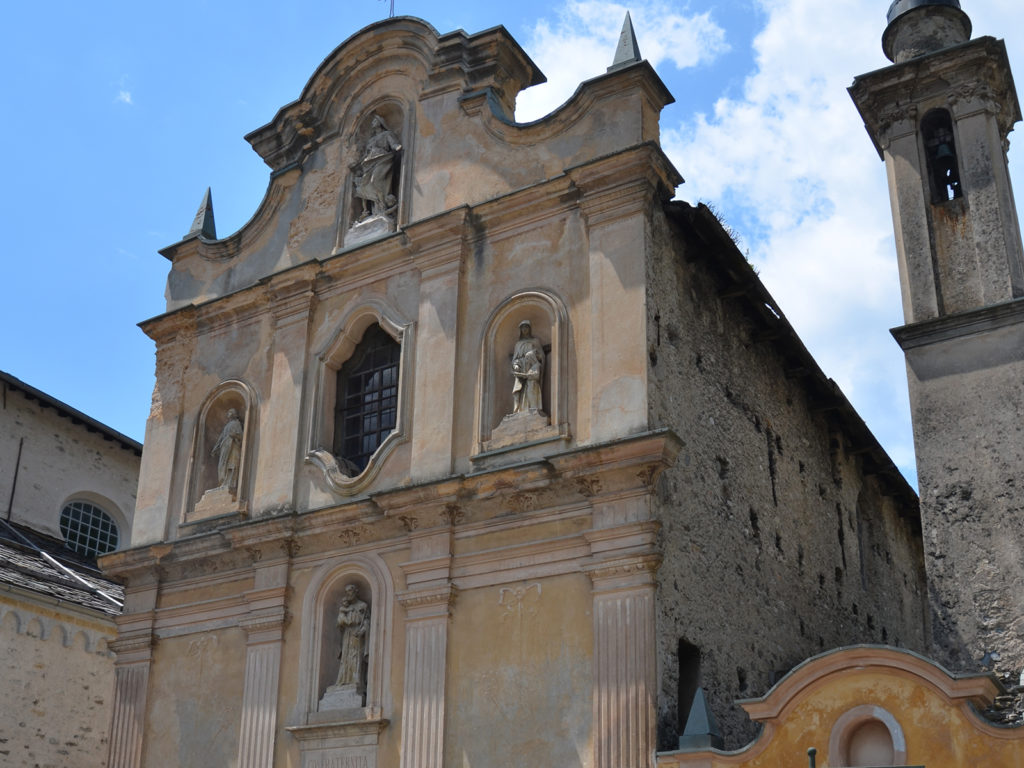