The « Ca d’Arbine » of La Brigue (“bee houses” in the Brigasque dialect), also found in Tende under the name “Naijou”, are high stone pens, 50 to 150 m², 3 to 5 m high, to protect apiaries against predators, thefts, herds and cold winds. They contained between 40 and 80 apiaries. They are found between 800 and 1200 m altitude.

These pens are built on a slope, they generally are rectangular at the bottom and rounded at the top. Most of them are built of uncut dry stone but almost a third have been built with lime mortar.

The rounded upstream shape could deflect the stones rolling on the slope, withstand the pressure of the snow sliding down the slope (arch effect), as well as favor the circulation of the air warmed by the winter sun inside the enclosure oriented between southeast and southwest. The top of the peripheral wall is covered with lauzes (flat stone tiles) protecting it from the weather.

These apiaries contained between 40 and 80 hives.

You enter the pen by a side door on the lower level, which opens onto a small garden planted with flowers. In a corner of this low terrace, a small shed (ciabot) could be leaning against the pen.

Inside, the slope is arranged in small terraces on which the hives are aligned. A lateral staircase makes it possible to go from one level to another.

Although it is found in the nearby valleys, the largest concentration of “bee houses” is located in Haute-Roya, La Brigue and Tende, The harsher climate than the average one in Roya valley, and the importance of pastoralism could have favored this form of beekeeping.

Some ca d’arbine are close to roads serving the town, others were built in more or less isolated places.

All configurations possible, from roadside to steep paths. 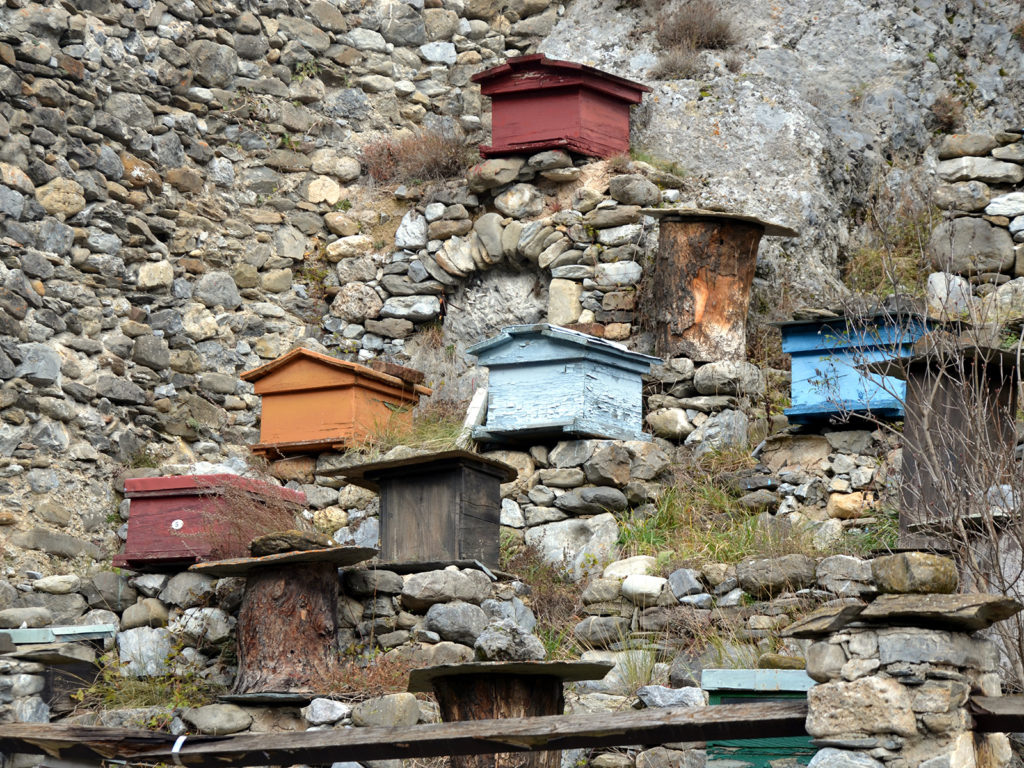 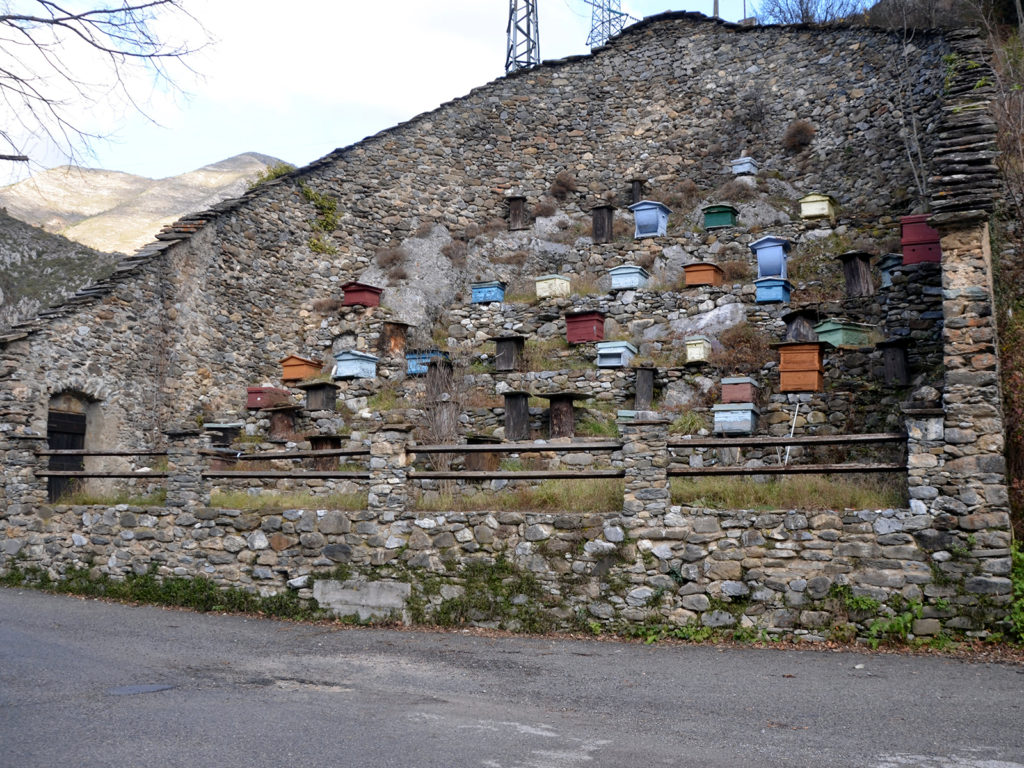