Sitting on the mountain like a Tibetan village, Saorge is a village where time seems to have stopped. Its steep staircases and oblique passageways, its purple or green stone roofs stretching for about one hundred meters, its scent of picore, typical anise bun, and the shade of its fig and olive trees make it a unique place.

In the 10th century, this village was known as Saurcio. The first formal testimony of this community goes back to 1902, in a document that offers the Church of St. Mary (the future Madonna del Poggio) to the monks of Lérins. At the time, Saorge was part of the domain of the Counts of Ventimiglia, who decided to be placed under the protection of Charles of Anjou in 1257, the lord of Provence. In 1388, this village passed under the domination of the House of Savoy. The following centuries are dotted with tragic events: fires, earthquakes, looting. The primitive castle of Salina was destroyed in the 15th century and in 1794, the soldiers of French Commander Masséna invaded it.

Two different roads lead to both ends of the village. The most indicated route is the one that goes up from Fontan, with its breathtaking passages, along the cliffs. After the town hall, we arrive at Ciapagne, local dialect to name the main square, a real terrace on the valley. From there, we take the Carrera de l’Incisa, so called because in 1436 it was necessary to break the rock to build it. After crossing the Carera Soutana, we arrive at Ciassa Soutana. Starting point of steep stairs leading to the middle level of the village, passing through the oven. From here you can reach the Franciscan convent, one of the last examples of Baroque monastic architecture in the region; it was built around the mid-17th century. The rectangular cloister is closed on the north side by the Church of Our Lady of Miracles and on the other two sides by the two-floor buildings of the convent. This convent is currently a residence for writers and musicians. It is to be visited as a small paradise of art and peace in the middle of the frescoes and sundials painted in the cloister. In a few minutes we arrive at the chapel Madone del Poggio. It is built on a rocky spur located in correspondence of the confluence between Bendola and Roya. Then we go down to the place of the Saint-Sauveur church. It houses an organ of 1844 made by the brothers Linciardi of Pavia. A staircase on the right of the church leads to the chapel of Saint-Jacques, formerly headquarters of the Penitents Blancs. 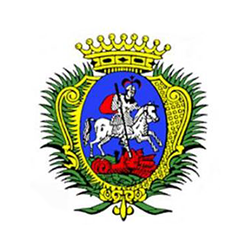 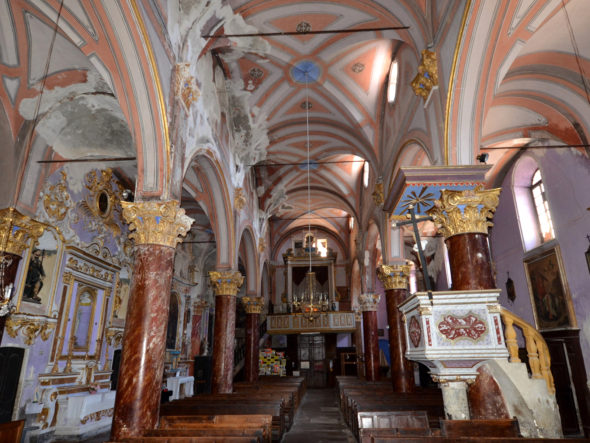 The church is located on the main square of the medieval village. 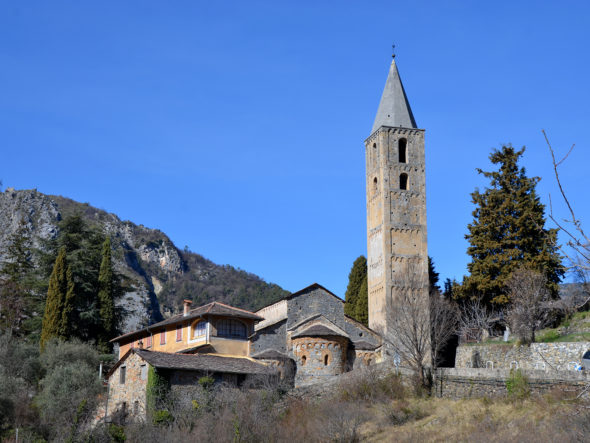 The Madonna del Poggio dominates a very steep natural area, at the confluence of Roya and Bendola rivers. It is bordered by RD 138... 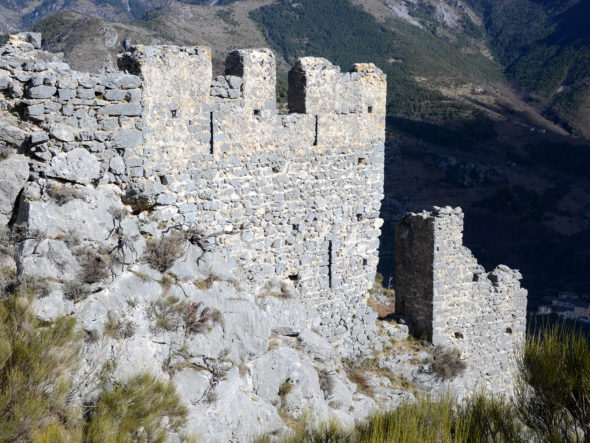 The remains of the castle of Malmort are located on the right bank of Roya river, on a rocky ridge facing the village of... 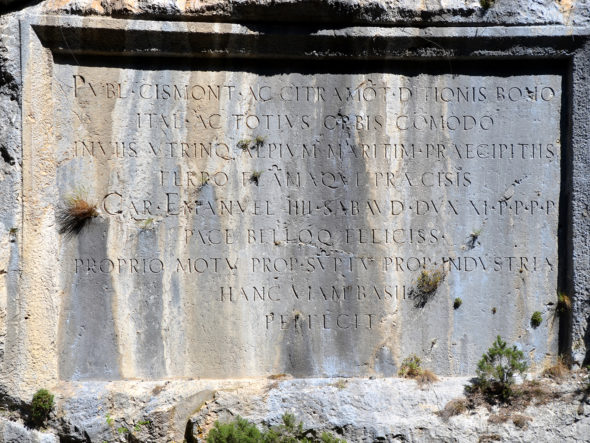 The road and the gorges’ work are at the bottom of the valley near Roya river, and Ambo road on a steep slope. The... 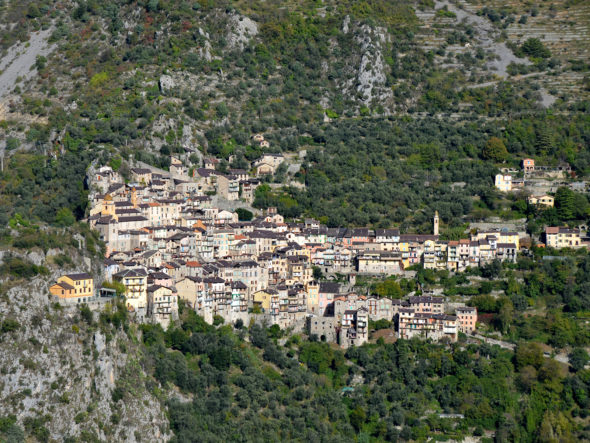 The village of Saorge is spread out amphitheatrically on a steep slope closed to the north-northwest by a rocky ridge. 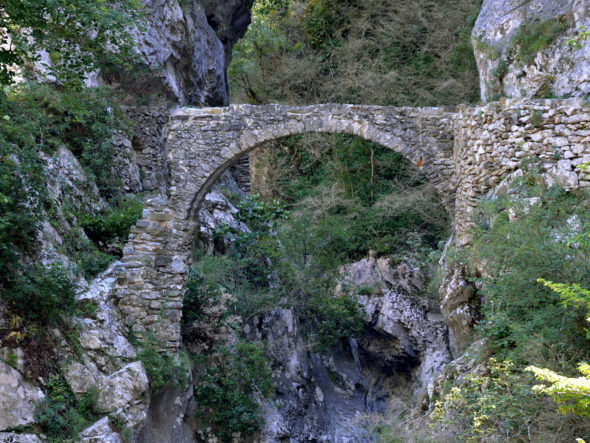 Several gravity irrigation canals are located in the townof Saorge. A source or a stream feeds the catchments. Some canals travel several kilometers between... 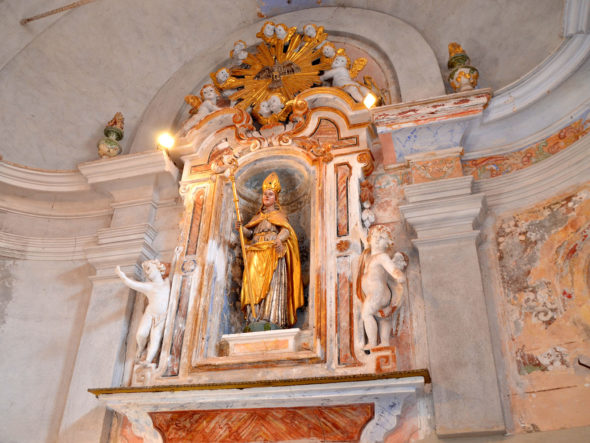 The chapel is located along Louis Périssol street, among private houses. 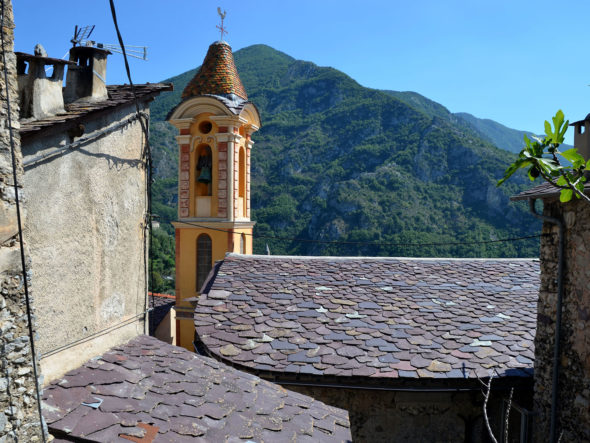 The chapel is located above Saint-Sauveur church the medieval village’s main square. It is accessible by a narrow and steep staircase from the square.... 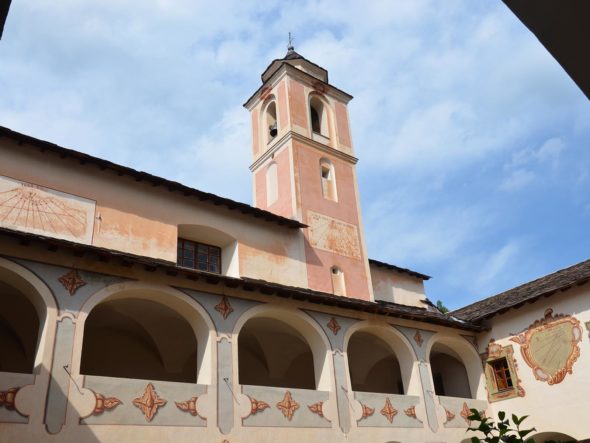 The convent, which is located on a very clear site, overlooks Roya river, its tributary Bendola river and the village of Saorge. 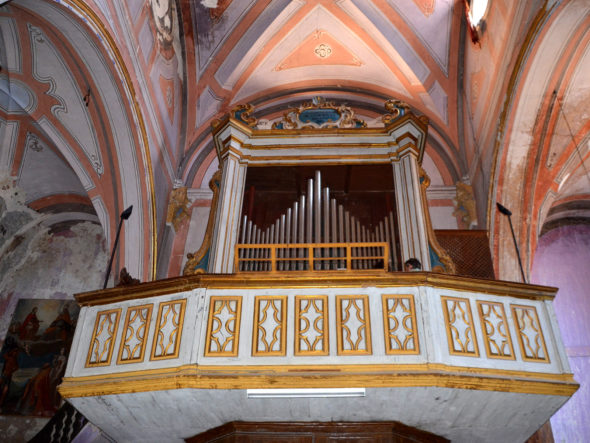 The church is located on the main square of the medieval village, on a terrace built in a very steep site. The organ is... 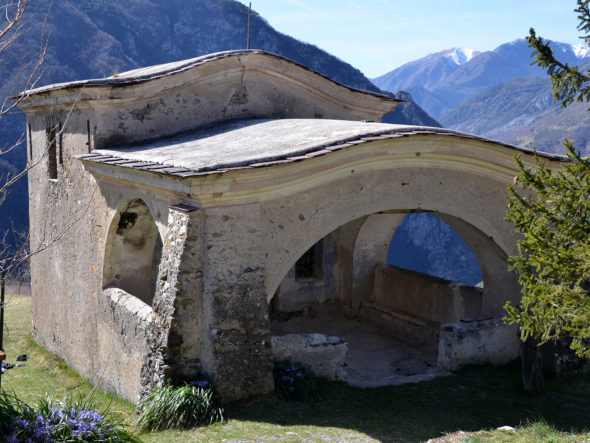 See additional portfolio of each chapel in the description sheet. 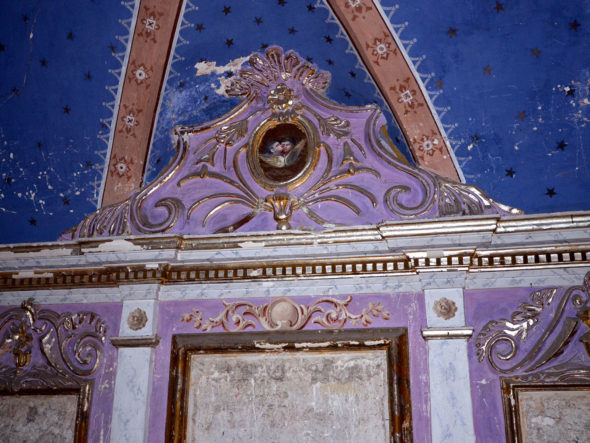 The chapel is part of a group of a few buildings located before the entrance to the medieval village, and located on the steep... 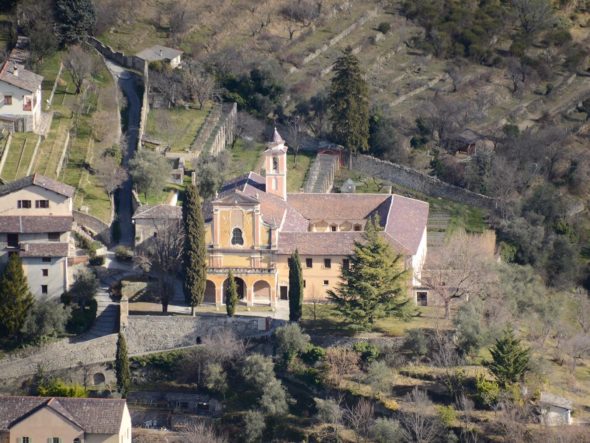