The Franciscan Convent of Saorge and its church were completed between 1660 and 1680.

The whole convent, its church, its furniture and its garden, preserved in their original dispositions, constitute a complete testimony on the convent life of Saint-François d’Assise’s disciples.

The convent is organized around a cloister: the cells on two levels, the kitchens, the vast refectory, the church and the sacristy.

A spectacular environment of steep Mediterranean mountains near the beautiful village of Saorge serves as a showcase.

The cabinetmaking decorations symbolize the Franciscan humility by the refusal of the use of precious materials. While displaying the preciousness of wood work, which locally declines with virtuosity the baroque aesthetic of the twisted columns, more or less stylized foliage, cherubs, shells…

The frescoed sets expose both the Franciscan naturalist narrative of the seventeenth century under the cloister and the refectory, and the Rococo baroque exuberance of sundials and other decorations of 1760-62.

An arched porch surmounted by a balustrade terrace precedes the main exterior facade of the church. The rocaille style gypseries and frescoes depicting the Virgin in Glory overlook the terrace. The main door located under the porch allowed public access to the services celebrated for Her.

The magnificent altarpiece of the main altar, carved wood and openwork, is a cloister between the nave and the high choir.

The high choir, where the monks could sing public masses without being seen, still presents the stalls and the seventeenth century lectern walnut.

The bell tower is covered with a summit bulb with colored glazed tiles laid in scales, according to the Ligurian tradition.

The rectangular cloister is surrounded on the ground floor by a gallery lined with lowered arches coated masonry, and edge vaults covered.

Around the cloister, a set of sundials rocaille painted around 1760-1762 allowed to know the time, all day long.

Under the gallery on the ground floor, twenty-three frescoes of the eighteenth century tell the story of St. Francis.

The refectory, where is still the 1667 walnut furniture, presents interesting symbolic frescoes in their original state.

A beautiful convent garden, east of the building, is irrigated by canals and watering ponds. Vine covered pergolas go along with plantations of fruit trees and a kitchen garden, on terraces overlooking the Bendola valley. 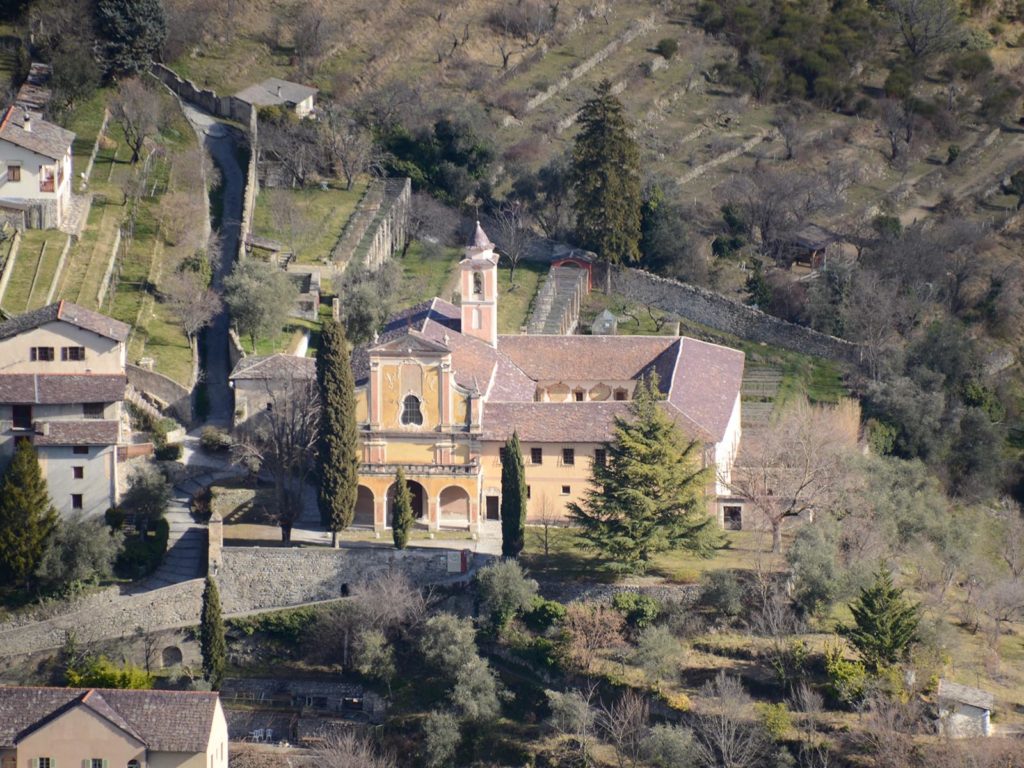 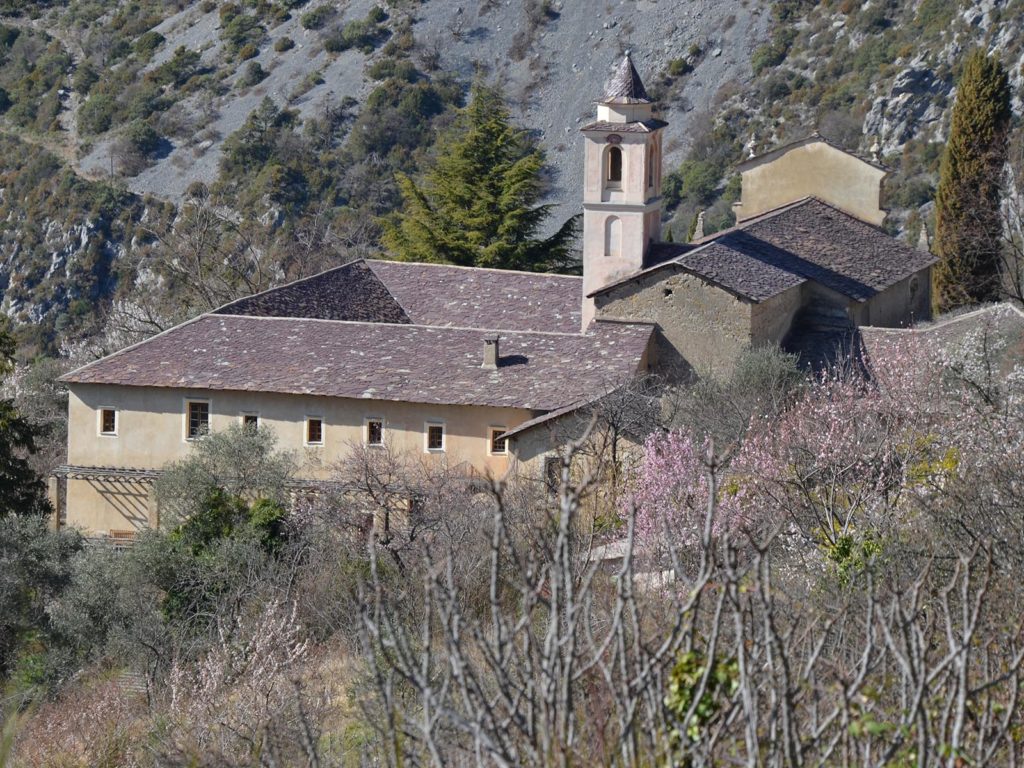 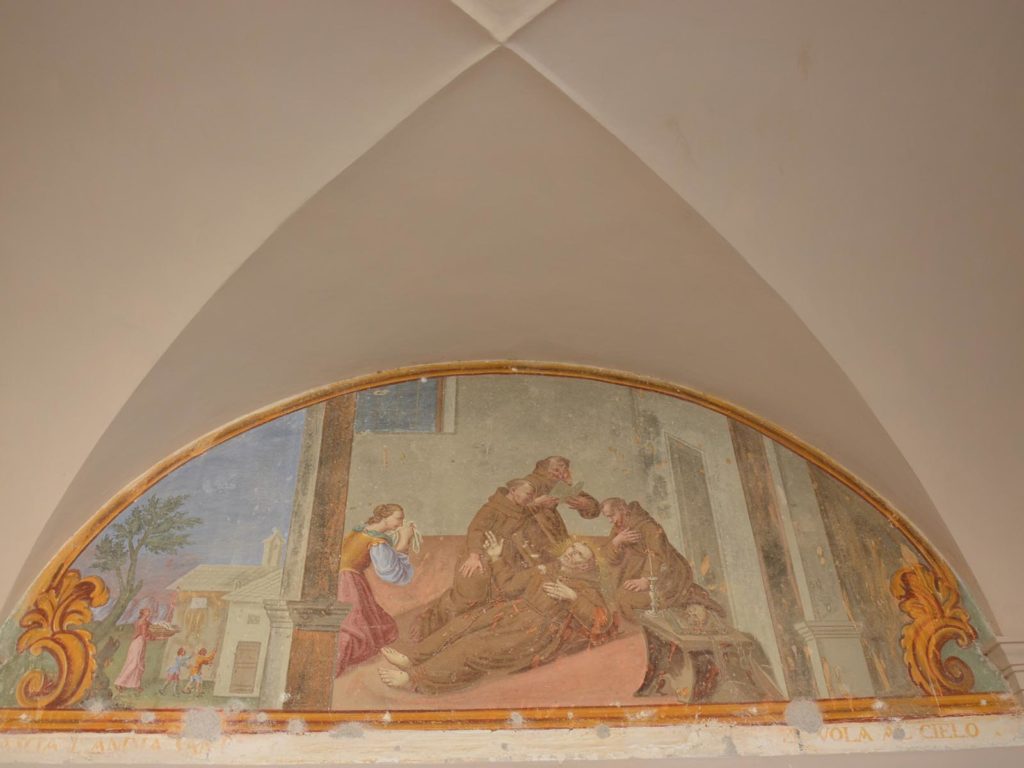 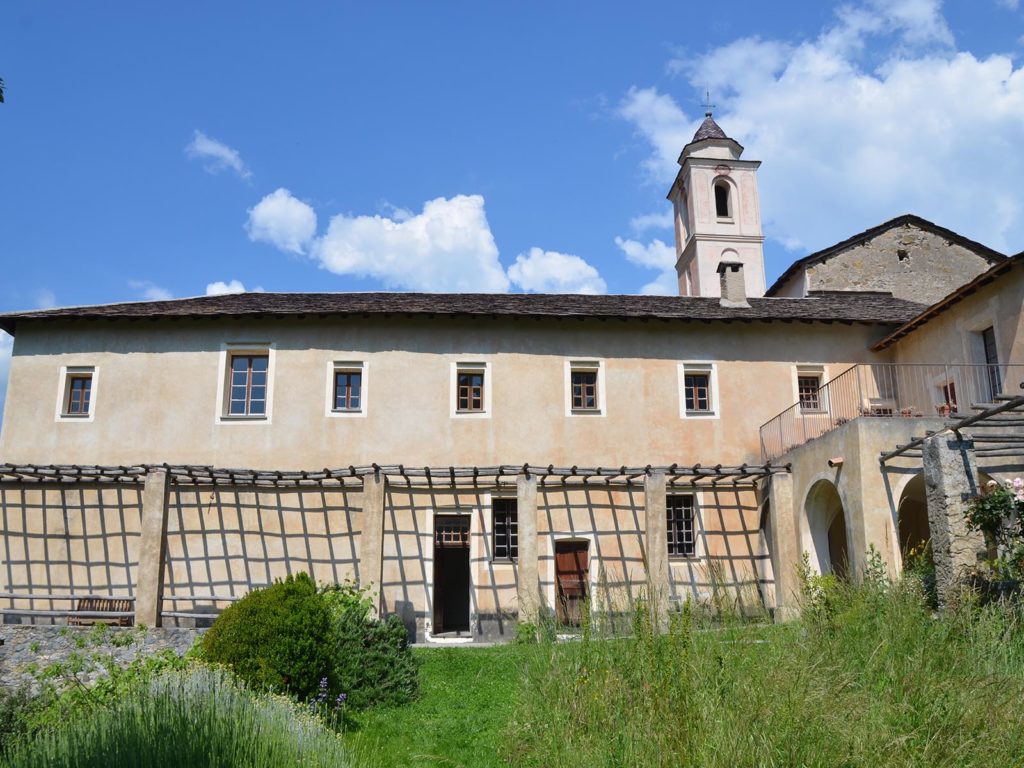 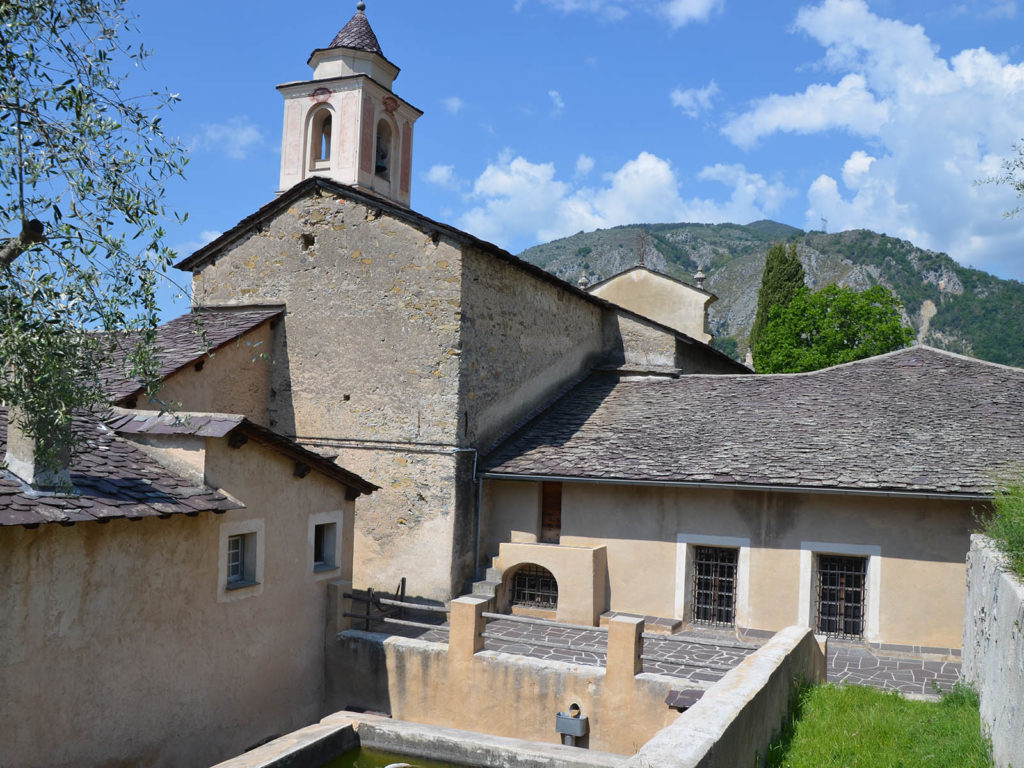 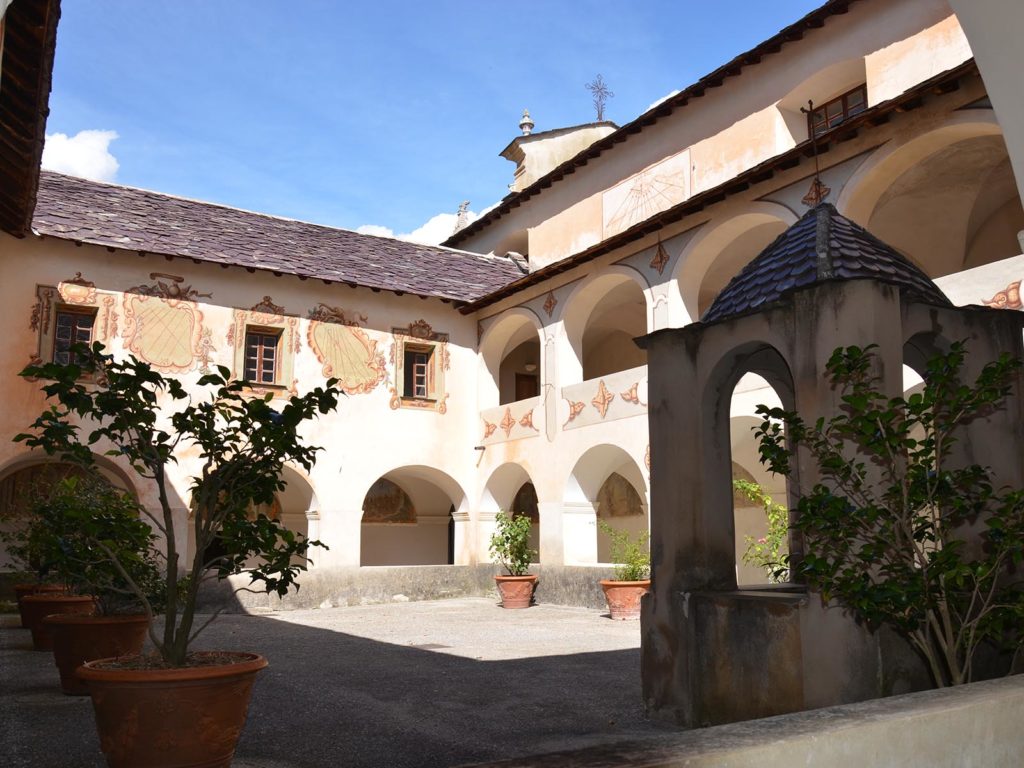 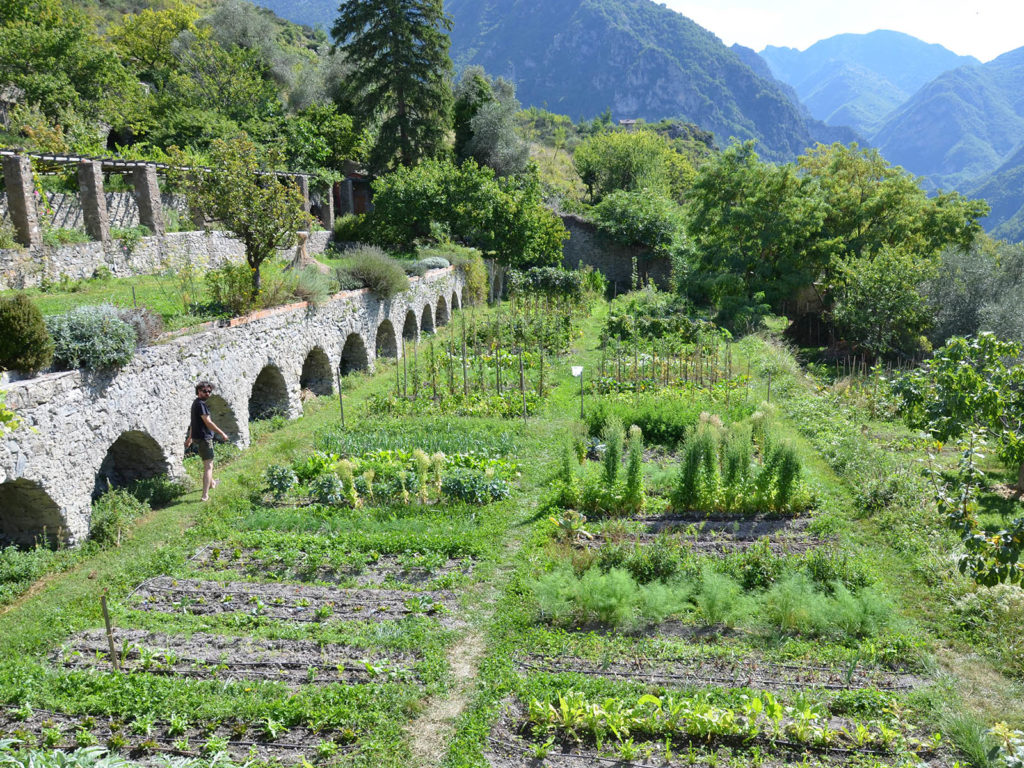 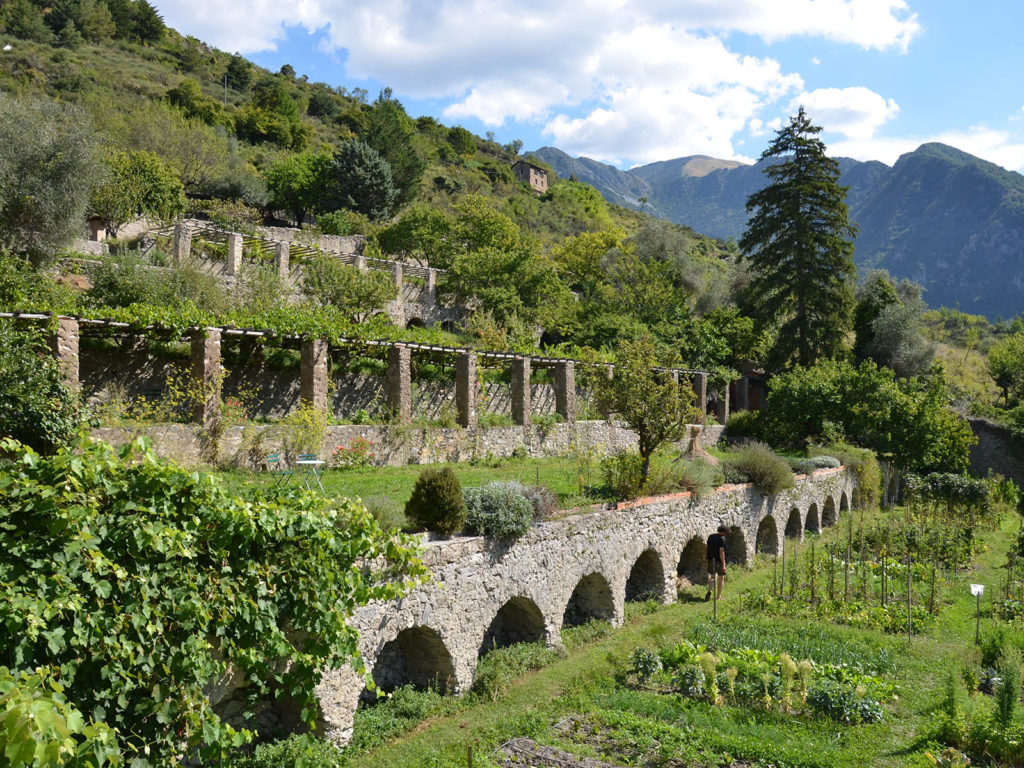 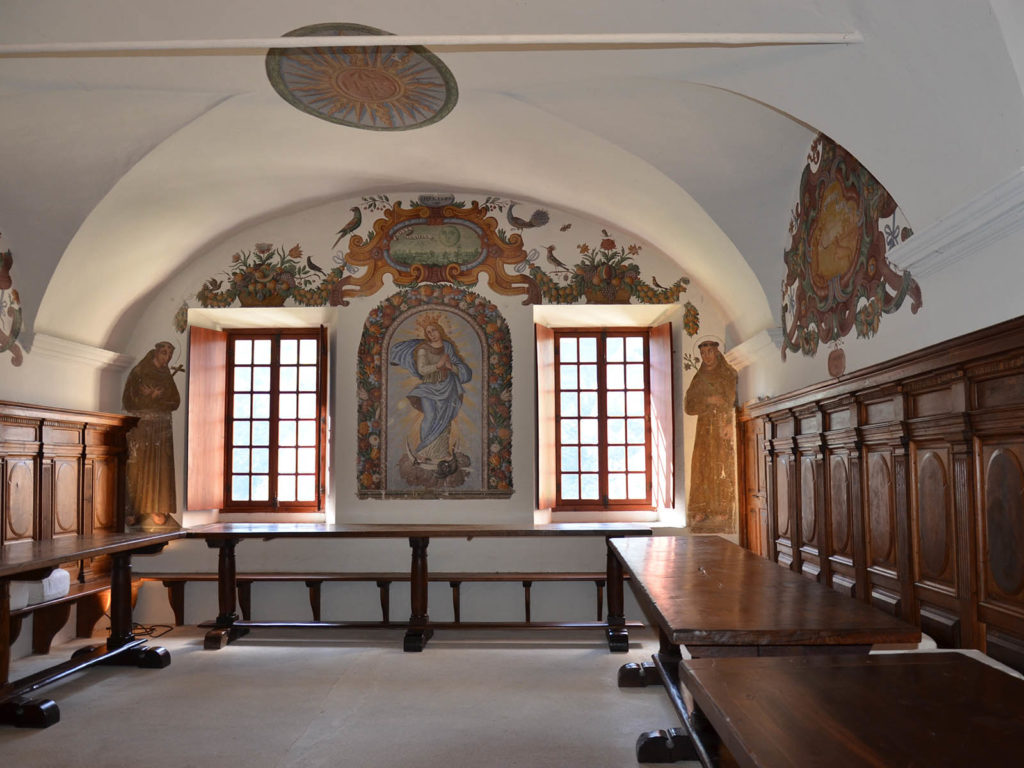 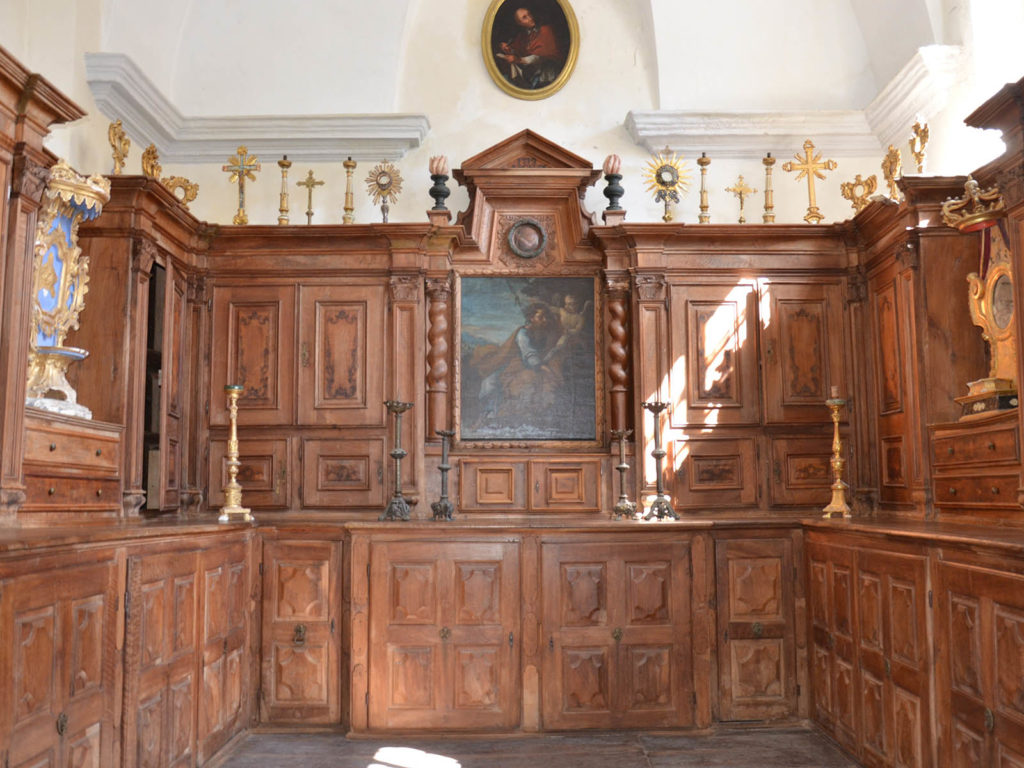