We can distinguish two types among the chapels of Soarge districts.
Firstly, chapels were generally of collective initiative, priors elected to this function used to manage them. These chapels are a little larger and preceded by a porch from which one can see the altar, and proceed to the devotions by framing the entry door gridded windows when the chapel is closed.

Secondly, usually family very small chapels may pass for a casoun (farmhouse), except for the design of the facade whose door is window framed, offering views of the altar.

Except the Coumagna chapel (1831), these Saorge’s country chapels are among the many chapels built in the Roya valley from the seventeenth century in the context of the Counter-Reformation.

They are all covered with semicircular masonry vaults, or crossed with edges. Purple Fontan lauzes (local tiles) protect them, except in Sainte-Croix, which is protected from a cope “gendarme’s hat” (police officer’s hat), traditional in the valley. It is possible that some others were also initially cope protected.

The “large” baroque chapels with vaulted masonry porches constitute a characteristic set of the seventeenth century in the region.

Several country chapels still have a stepped altar, some stuccoes in Rococo style of the seventeenth or eighteenth century, and usually later painted decorations. 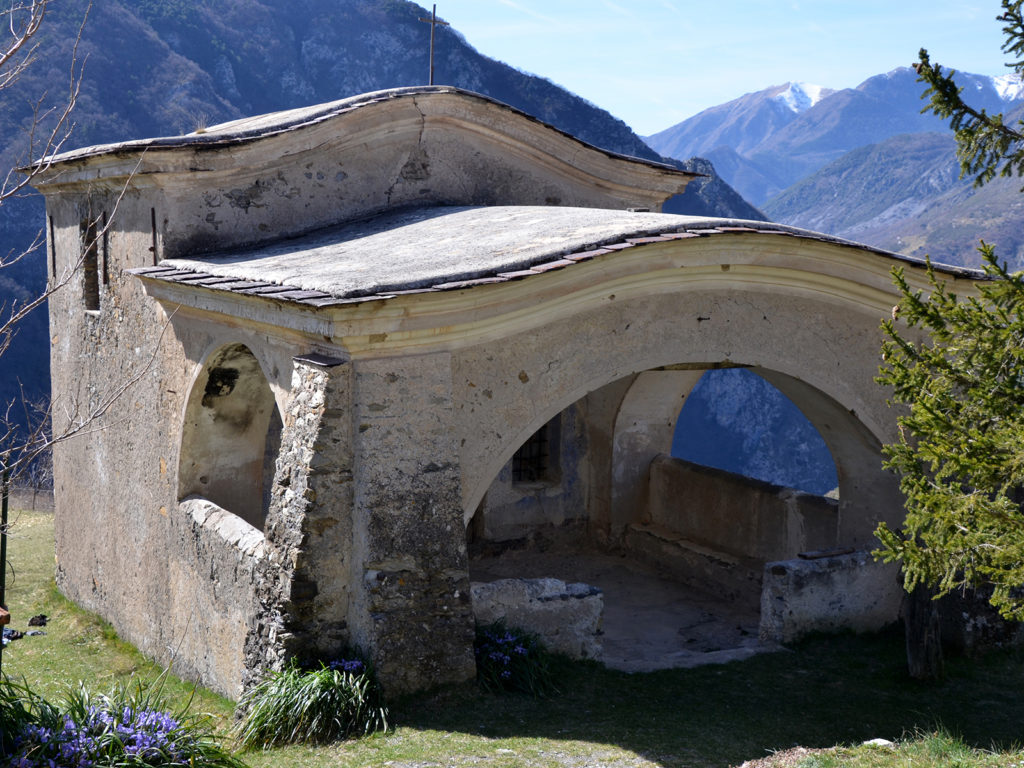 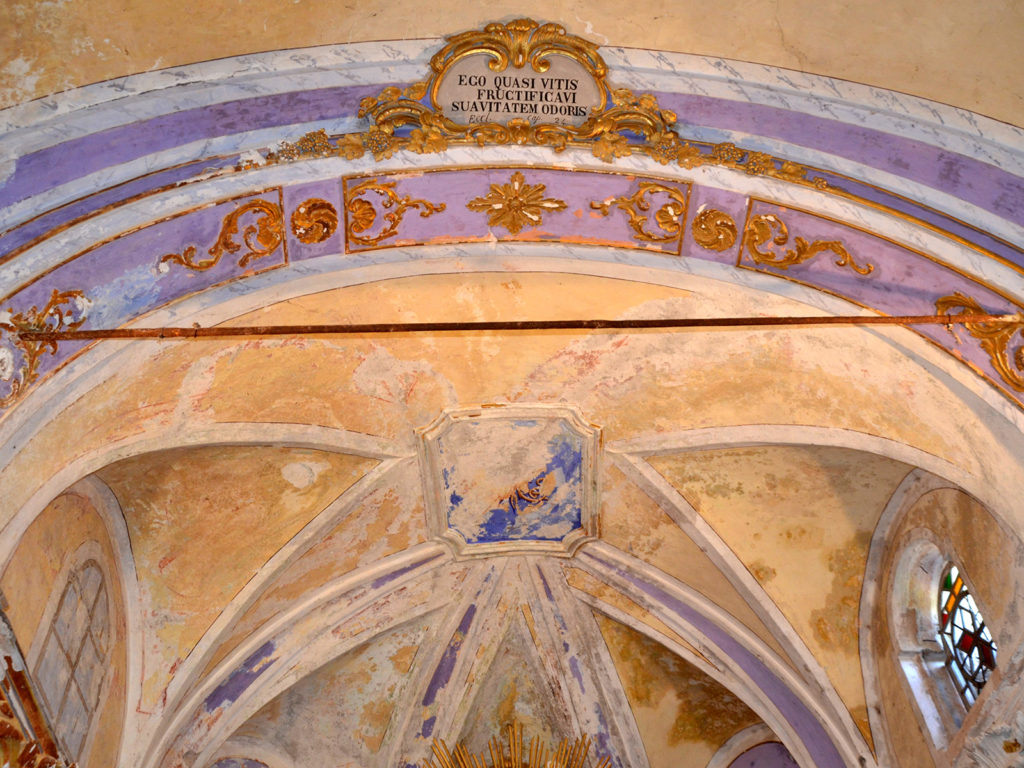 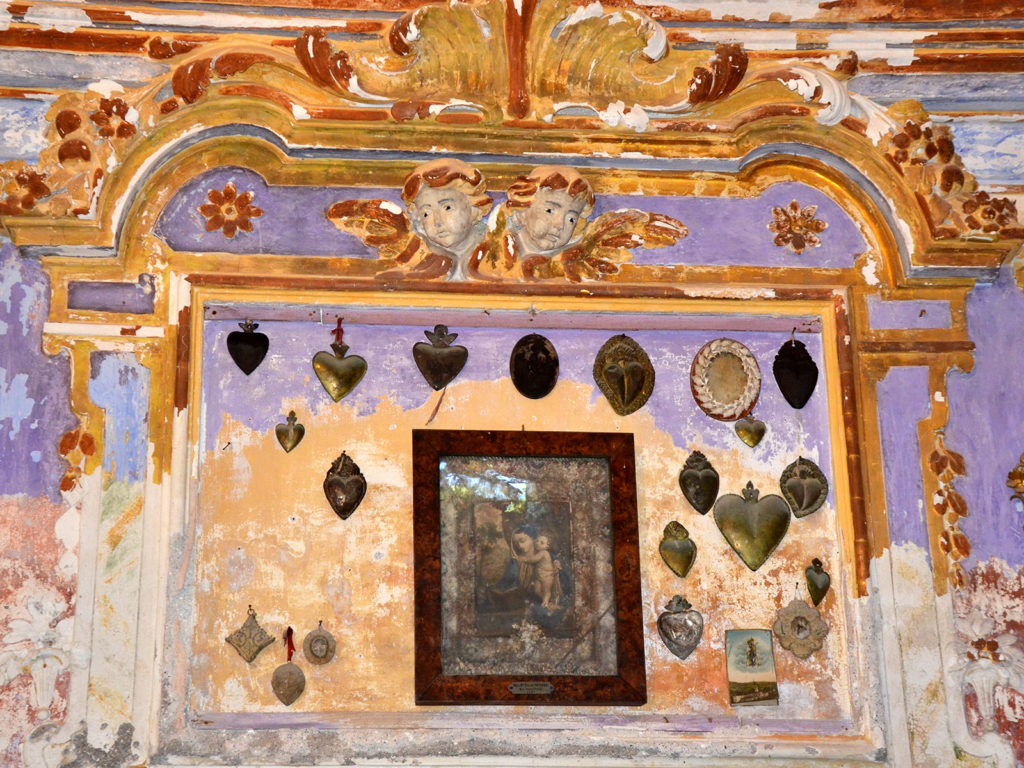 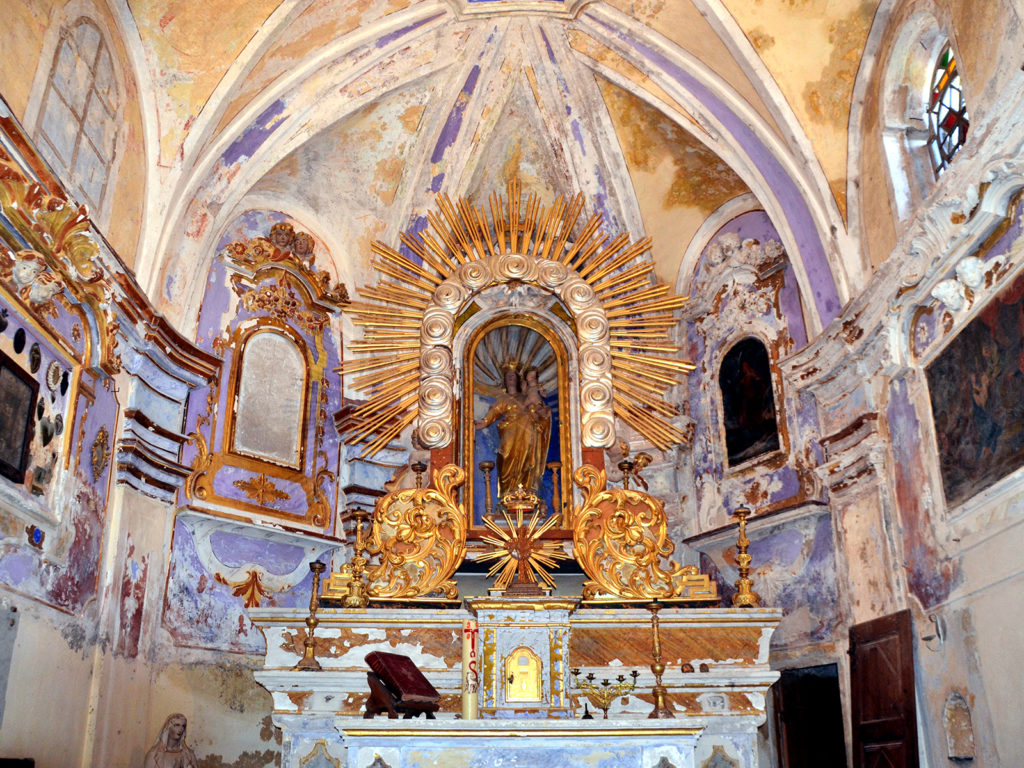