The medieval village of Saorge was established on a site overlooking the Roya river, near the paths to Nervia and Liguria rivers to the east, and to Vésubie river to the west.

It was especially after joining Savoy in 1388 that Saorge developed, taking advantage of the commercial activity between Nice and Turin.

The primitive village occupied the top of the present village.

In 1465, a large fire destroyed many houses and the church. The village extended down and was equipped with a new enclosure. The lower wall still serves as a foundation for the row of houses downstream of the village.

In the late sixteenth century, the rocky ridge that bounded the village to the northwest was pierced to open a new more convenient door under the name of Incise.

In the seventeenth century, the village expanded a little outside the walls, but it was the time when part of the commercial activity moved to Fontan.

The alleys that follow roughly the contours meet in places, respecting the slopes that allowed the packaged mules to circulate. Public stairs, often under houses, create shortcuts for pedestrians between alleys.

The spectacular appearance of the village, which unfolds in an amphitheater, has often compared it to a “Tibetan” village. 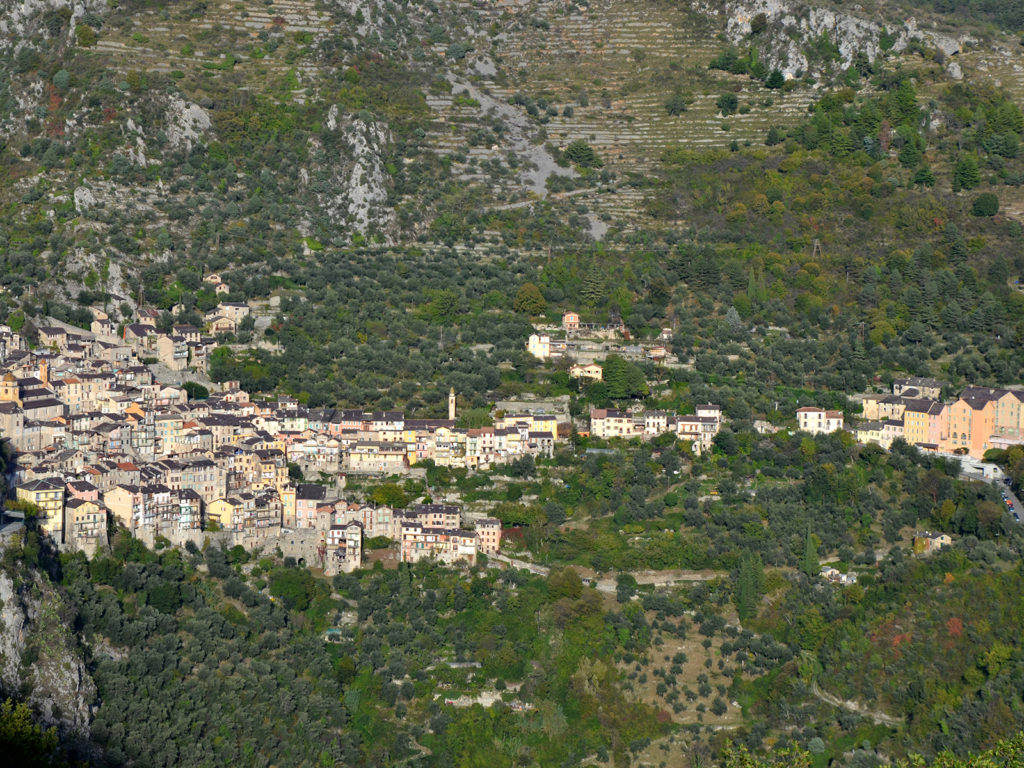 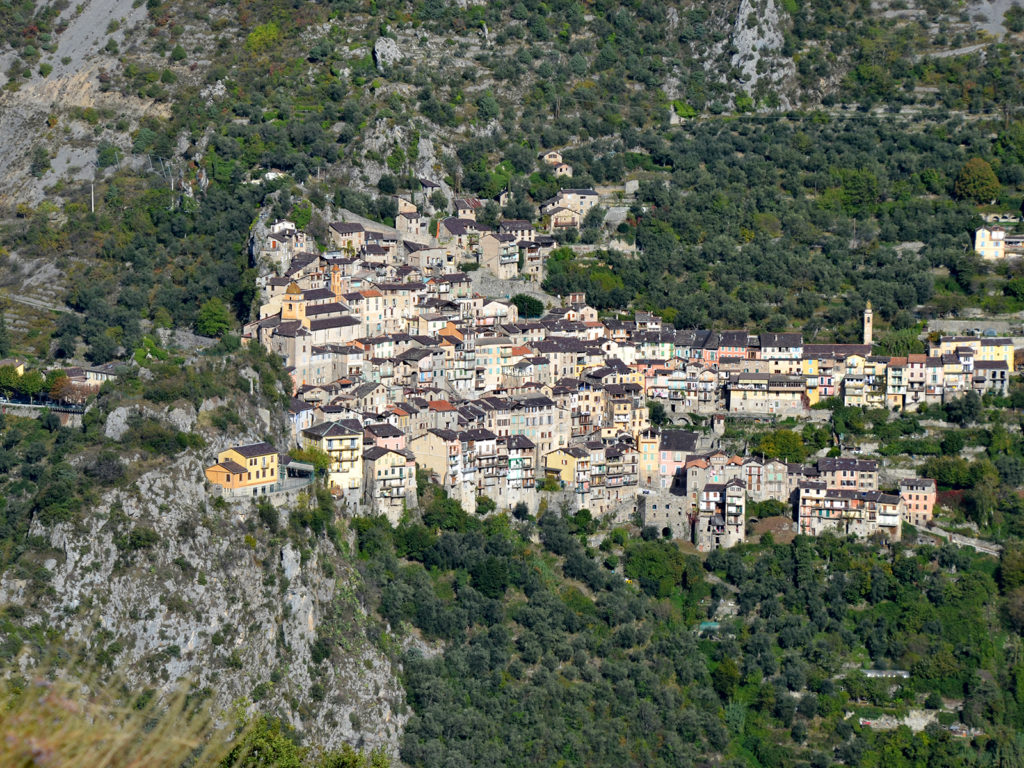 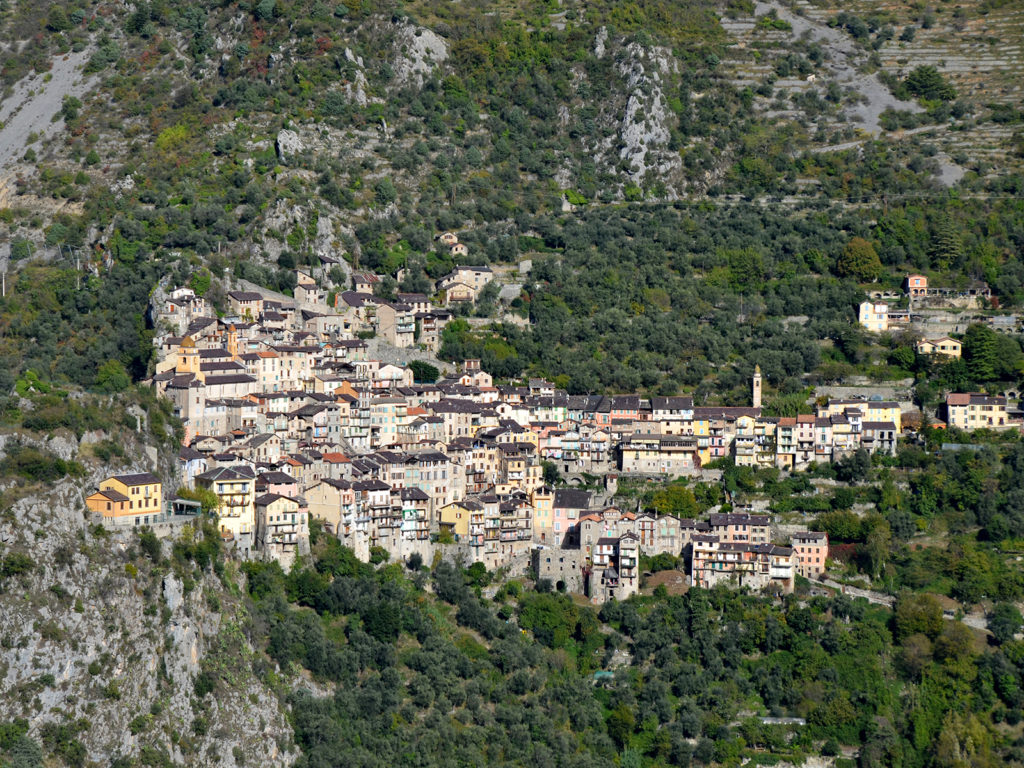 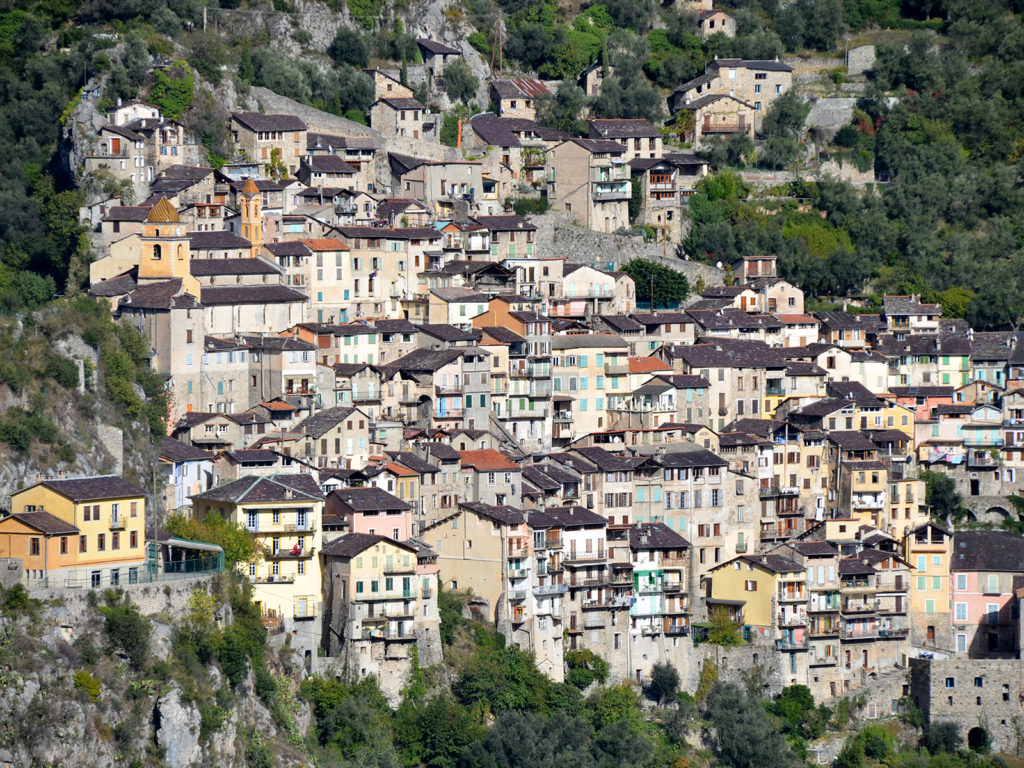