The medieval village of Saorge was built on a site overlooking the Roya Valley, protected by a rocky bar to the north-west and facing south.

The primitive village, the steepest part, is located in the upper portion. In 1465, a fire destroyed many houses and the church. Before or shortly after the fire, the village expanded downwards, and new walls were built. The lower bastion wall still serves as the foundation for the row of houses downstream from the village. At the beginning of the 17th century, the village expanded a little outside the walls. The spectacular appearance of the medieval village, which develops like an amphitheatre on a steep slope, has often made it be compared to a Tibetan village. The alleys that follow approximately the level curves meet in some points, going up or down, with slopes that allowed the mules with packsaddle to move around. Stairs, which often pass under houses, create shortcuts for pedestrians.

The proposed itinerary allows you to discover buildings from different eras, fountains and works built over more than 500 years.

The interior of the medieval village of Saorge is unfortunately difficult to access for people with reduced mobility, due to very steep passages in the alleys and to numerous steps in the cross streets. 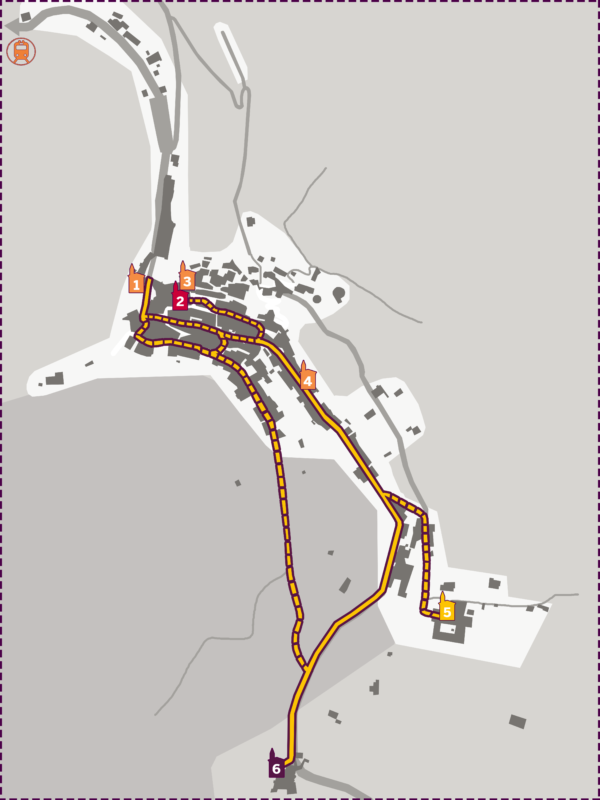