The Lombard organs (or Piedmontese in Fontan) found in the five churches of the Roya Valley, were built or restored for these churches in the nineteenth century. Fontan’s and Breil’s, eighteenth century organs, are more or less reconditioned reuses. The ensemble is a rich movable and artistic heritage. They were restored during the 1970s – 1980s under the leadership of organists Sant and Saorgin. Along with the other organs of the Savoyard Royal Route, the Bevera and the Vermenagna, they host an international organ festival every summer.

Soarge’s Saint-Sauveur church organ was commissioned by the Lingiardi brothers of Pavia in 1847. It is an almost intact remarkable example of the art of these organ builders.

The case is from the original organ (1739), which has been enlarged in width and depth to accommodate the 1847 organ. It has a baroque decor in carved and gilded wood. The lateral columns are framed by volute fins and “supported” by two rustic Mannerist-inspired characters. The cornice is surmounted by spiral decorations, foliage, and shell, framing the central cartouche. The panels of the railing of the tribune are decorated with geometric decorations in painted carved wood.

Access to the church in the heart of the medieval village is limited to valid people because of the narrow streets and many steps to cross. Parking at the entrance of the village.

Daily opening to the public (from 10am to 6pm). Free access.

Visiting conditions can be limited during mass and ceremonies. The organ sideboard is visible from the nave. Several concerts a year, see in town hall. 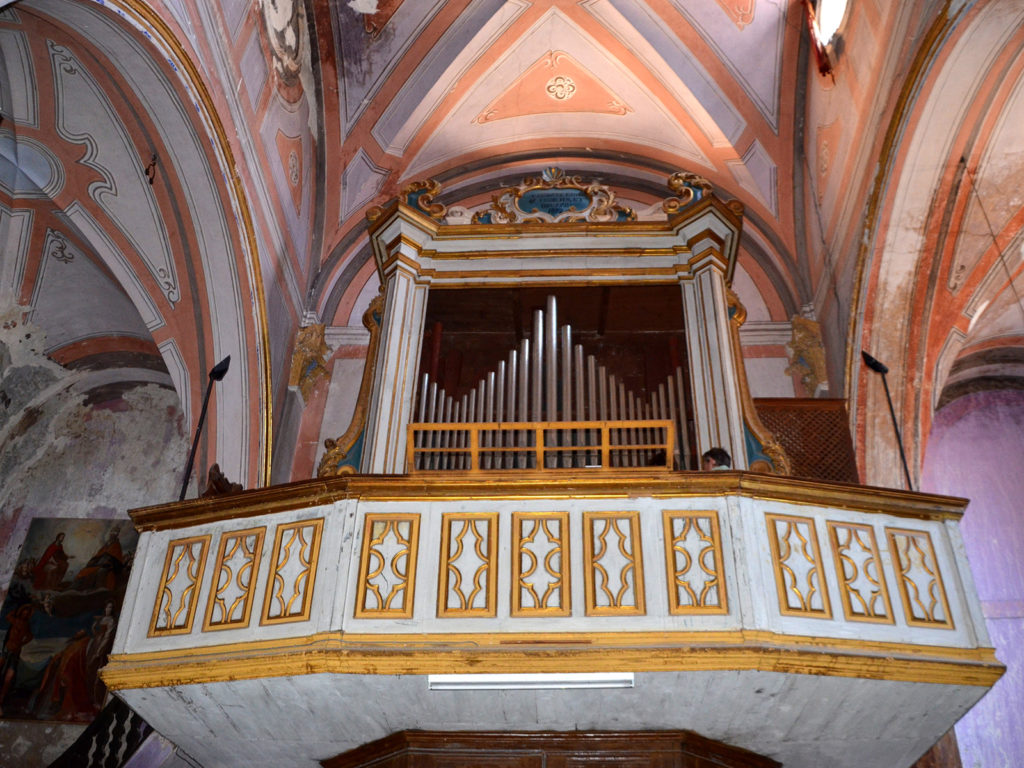