The first known mention of the castle of Malmort was prior to 1285.
The implementation and the dominant position of this fortress on a difficult to reach rocky site, having very clear views, is typical of the refuges – isolated observatories set up by the Counts of Ventimiglia.

The castle overlooks the gorges of Roya by nearly 500 m. It faces the village of Saorge, which it overlooks of approximately 200 m.

The end of feudalism and the integration of Saorge in the lands of Savoy in 1388 reduced the role of Malmort.

Still in place on its facing south-west – north-east rocky ridge, the remains of the castle are in the form of a rectangle trapezoid rectangle of thirty meters long and 10 to 18 meters wide, in which there is a tower about 8 m wide.

The peaks that surround them protect three sides, very rugged and protected by the tower access to the front door on the fourth side, did not allow for fast incursion.

The northeast curtain wall is still quite complete, and one can observe on the outside its hammer carved cladding of small stones, drawn up by regular beds and holes of putlog holes. We still see the base of the parapet that protected the walkway.

Only the basement of the southwestern and southeastern curtain wall remains.

The northwest wall and the tower, which was probably used as a dwelling, are still fairly complete, and the crenellations and loopholes that remain there give an idea of ​​the appearance that the castle may have had.

The remains of a small secondary tower, in the position of a bastion on the east corner, are guessed, and one can imagine that such advances existed at the west and south corners, at the two extremities of the destroyed southwest curtain wall.

From RD 6204 road, take tRD 40 road to Cairos. Roadside parking on the overhangs. Take the path along the old forest house (beacon no. 428), about 300 m after the beginning of the road, and follow the signs.

Access limited to valid hikers due to the nature of the hiking trail and the altitude difference of approximately 500 m.

Daily open to the public (free access, under the responsibility of the visitor because of the site’s dangers) 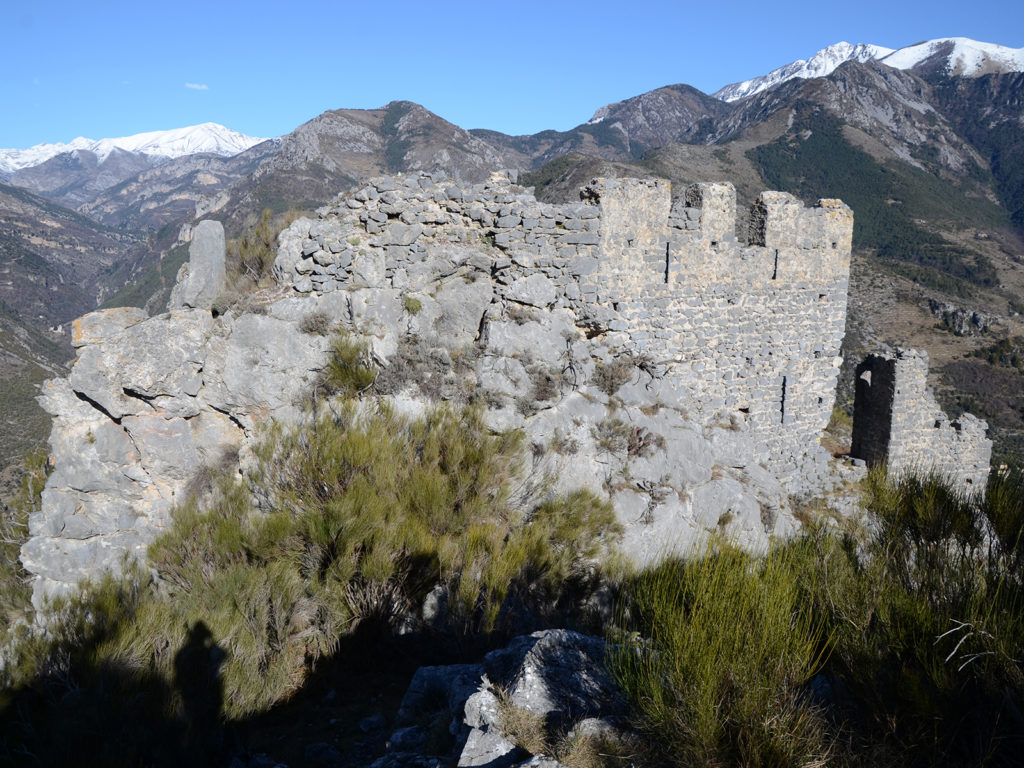 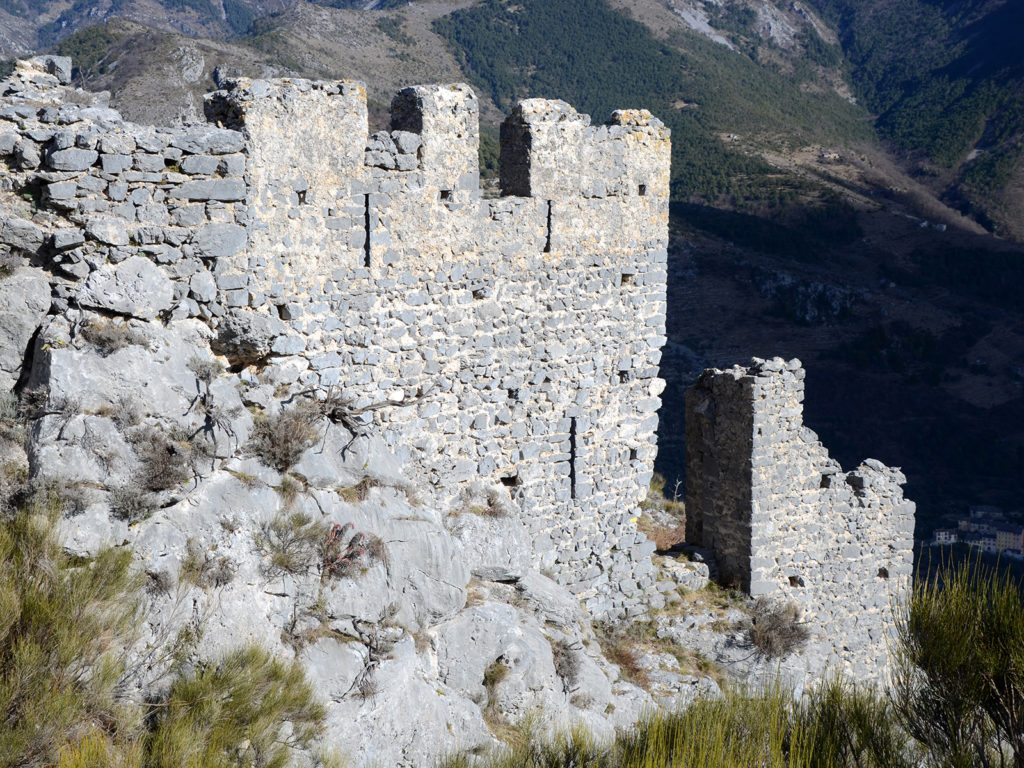