The municipality of Roccavione is located in a plain, at the meeting point of the Gesso and Vermenagna valleys.
Recent research has confirmed that from the Bronze Age until Romanization, the site near Bec Berciassa – a promontory at the confluence of the rivers Gesso and Vermenagna – has hosted a Celtic-Ligurian town.

The origin of this city is often linked to the Castrum Auriatensium, a Roman village cited by sources of the 2nd and 3rd century.

In Roman times, it was part of the regio Liguria and Aemilia (until the fourth century) and the regio delle Alpes Cottiae (until the sixth century) and, following the invasions of the Burgundians and Goths, she passed first under the control of the Byzantines then to the kingdoms of Longobards and Franks.

In the 10th century, all the territory between the valleys of the Tanaro and Stura de Demonte Rivers was part of the Bredulo committee, it was then subject to the bishops of Asti. In the middle of the 11th century, Rocha Corvaria was mentioned among the fiefdoms of the abbots of Pedona.

Roccavione is part of the Paesi di San Dalmazzo Museum project, which focuses on cultural properties and territories that have been part of the history of Pedona Abbey. From the second half of the twelfth century it follows the events common to the entire Vermenagna Valley, passing continuously under the domination of the Marquis of Monferrato, Saluzzo, Pedona Abbey and the Bishop of Asti. In the 13th century Roccavione was once again managed by the abbots of Pedona, then passed under the domain of Anjou, which stopped around the middle of the 14th century, as it became part of the House of Savoy.

Located at the foot of the San Sudario rock, the historic center of Roccavione is characterized by narrow streets and alleys reminiscent of the ancient history of the village.

The most valuable artistic element is the Church of the Confraternity Santa Croce, a building in the shape of a Greek cross attested since the end of the 16th century and completely rebuilt shortly after the mid-18th century.

A few meters further appears the large Maria Vergine parish church, a building with three naves, renovated in the late nineteenth century but testimonies were found since the mid-fourteenth century and the first half of the seventeenth century.

The historic center and its surroundings keep an important inventory of votive chapels made between the sixteenth and the eighteenth century (chapels of Assunta and Saints Rocco and Biagio), pylons and sundials of time. To be noted, a few Art Nouveau villas that were built in the early 19th century.

Always dedicated to agriculture, the chestnut is the star of Roccavione. It is an integral part of the local diet and a source of income for its inhabitants. The local artist Battista Barale dedicated his painting to chestnuts. It is located in the hall of the municipal council.

In the 1960s, Roccavione experienced a strong industrialization with the installation of a paper mill, two cement plants and their quarries, and the Enel power plant in Brignola. The majority of the local workforce was therefore used thus preventing the migratory phenomenon which were much more important in the upper valley towns. In 2015, the Pirinoli paper mill was saved from bankruptcy by its workers and became a cooperative society.

The main celebratory events of the city are: the re-enactment La Rocca dei Catari, which takes place every two years in June and which evokes the centuries of the Middle Ages when Roccavione was the first center of influence of Italian Catharism; the patronal feast of San Magno (second half of August) and the Sagra del Marrone, the oldest in Piedmont, which is a showcase of excellence for the production of the chestnut groves surrounding hills (early October).

The city also hosts two majestic examples of redwoods, listed among the largest trees in Italy. The highest one reaches 50 meters height and its base circumference exceeds 7 meters. His “brother” is slightly shorter, but his circumference is 10.5 meters. 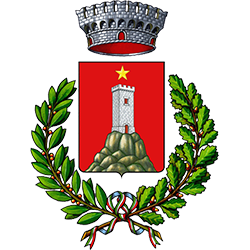 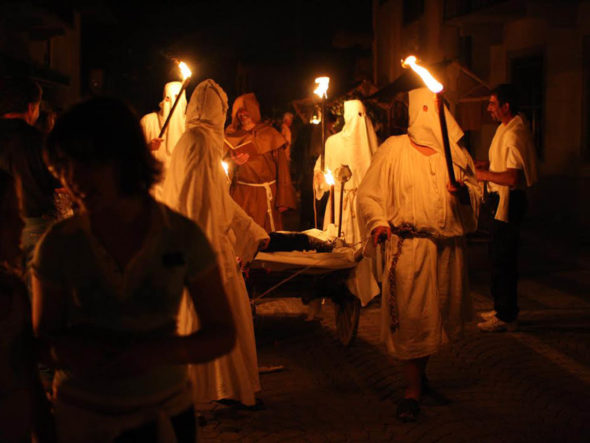 The ties between Roccavione and Cathar heresy date back to the 13th century when Cathars and Waldensians were driven out of the Languedoc and... 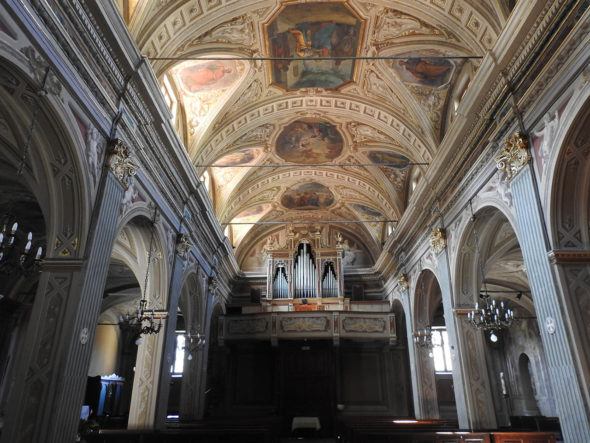 The Vermenagna Valley and the neighbouring ones were places of encounter between the various extranational organ schools. In memory of this, since 2002 the... 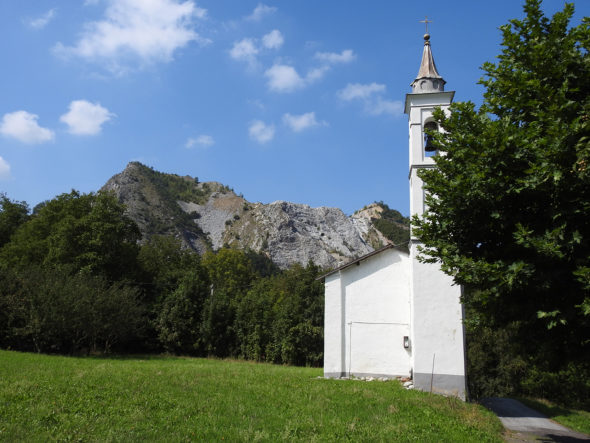 The chapels of the hamlets of Roccavione are part of the housing fabric developed near the municipal administrative centre between the seventeenth and eighteenth... 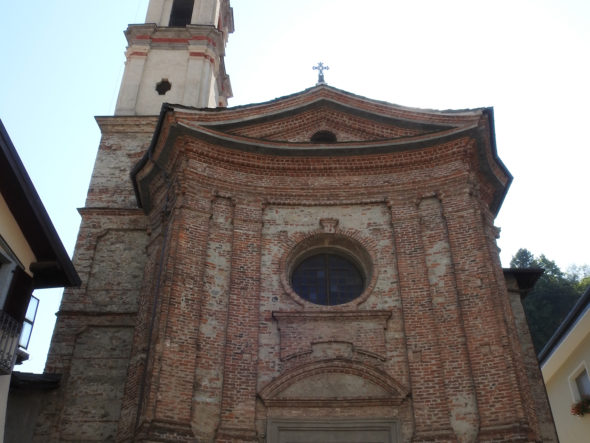 The church is a few metres from the Town Hall and the Santa Croce Confraternity, at the foot of the Rocca del Santo Sudario. 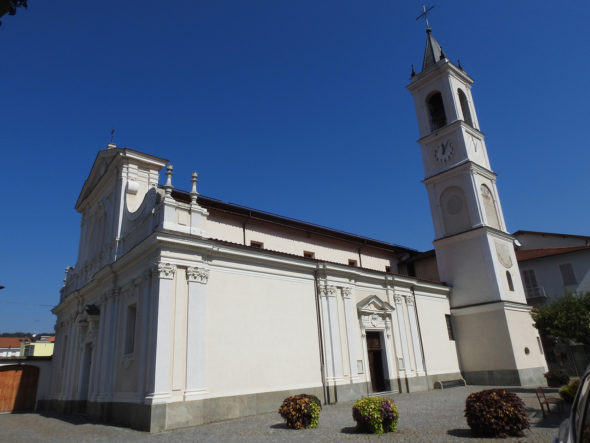 The church is at a few metres from the Town Hall and the Santa Croce Confraternity, at the foot of the Rocca del Santo... 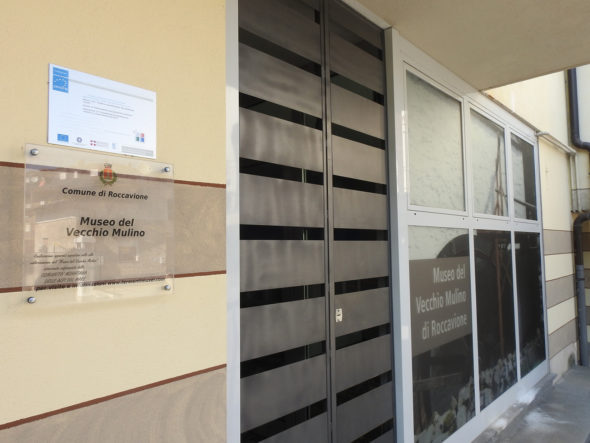 The building is located in the peripheral area of the old town centre, towards the railway track. 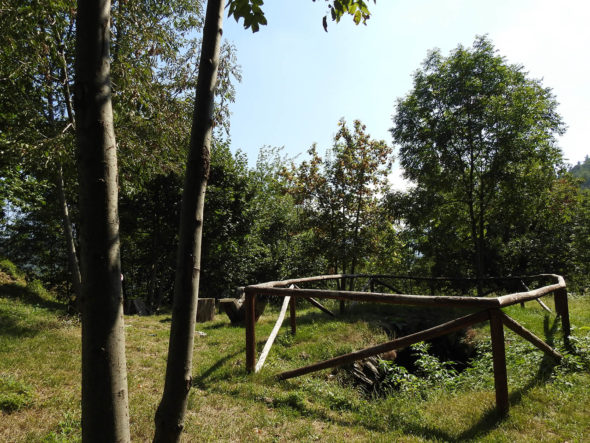 The Rocca del Santo Sudario is a sheer, approximate 100-metre-high cliff over the town of Roccavione. The area can be reached on foot along... 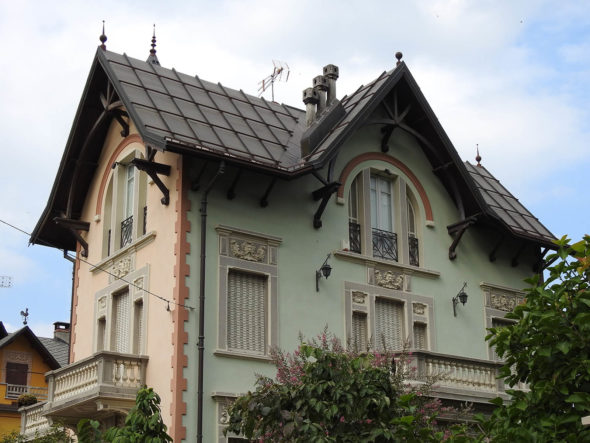 On the territory of the municipality of Roccavione there are now fourteen Villas built in the Art Nuoveau or Eclectic style between the late... 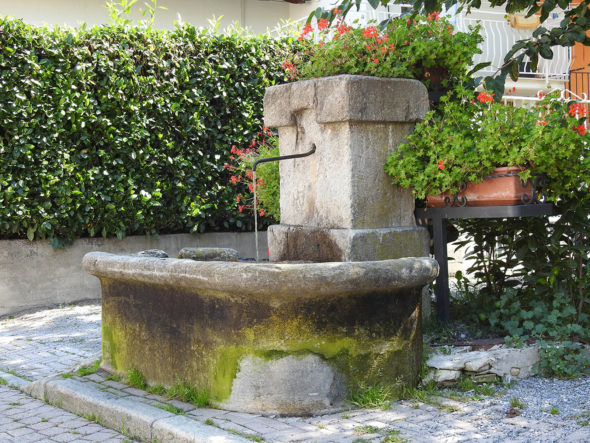 In the municipal administrative centre and in the hamlets there are now 8 fountains, or washhouses, which in past centuries played a fundamental role... 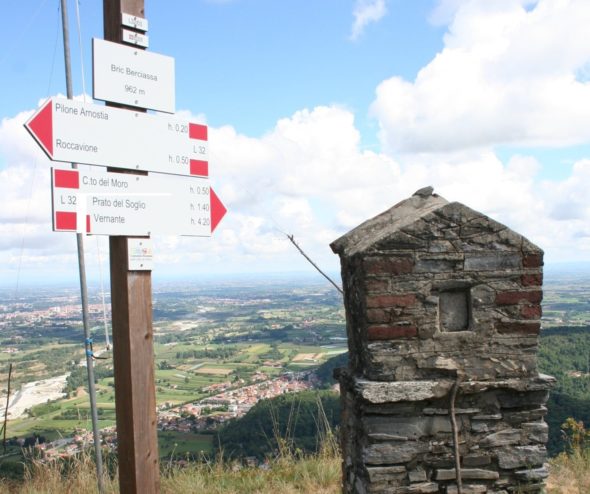 The archaeological area of Bec Berciassa stands on a hillock located at the confluence of the Gesso and Vermenagna streams. The area is within... 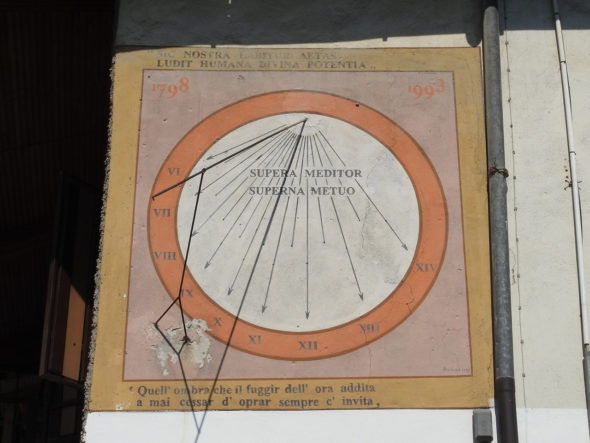 The town is located 10km from Cuneo, on the Colle di Tenda main road, where the Gesso and Vermenagna Valleys meet.