The earliest known mention of the chapel dates back to 1375.
The nave was enlarged in the 15th century and raised at the beginning of the 17th century.

A masonry porch was added in the early eighteenth century to house an altar for outdoor masses.

The choir is Giovanni Baleison’s work. On the walls, there are scenes of the end of the Virgin’s life, the four evangelists on the ceiling, and the four doctors of the church under the double arch between the choir and the nave. Giovanni Baleison is linked to the international Gothic.

The peripheral walls of the nave, dated 1492, are Giovanni Canavesio’s work. The triumphal arch presents the life of the Virgin with Jesus as a child. On the sidewalls, 26 scenes illustrate the Passion of Christ. A vast fresco representing the last judgment covers the back wall of the chapel. Canavesio is linked to late Gothic with Renaissance aspects. The demons and torture machines of the Last Judgment recall the figures of Hieronymus Bosch, his contemporary.

A modest access fee contributes to the maintenance of the chapel. Guided tours by reservation. 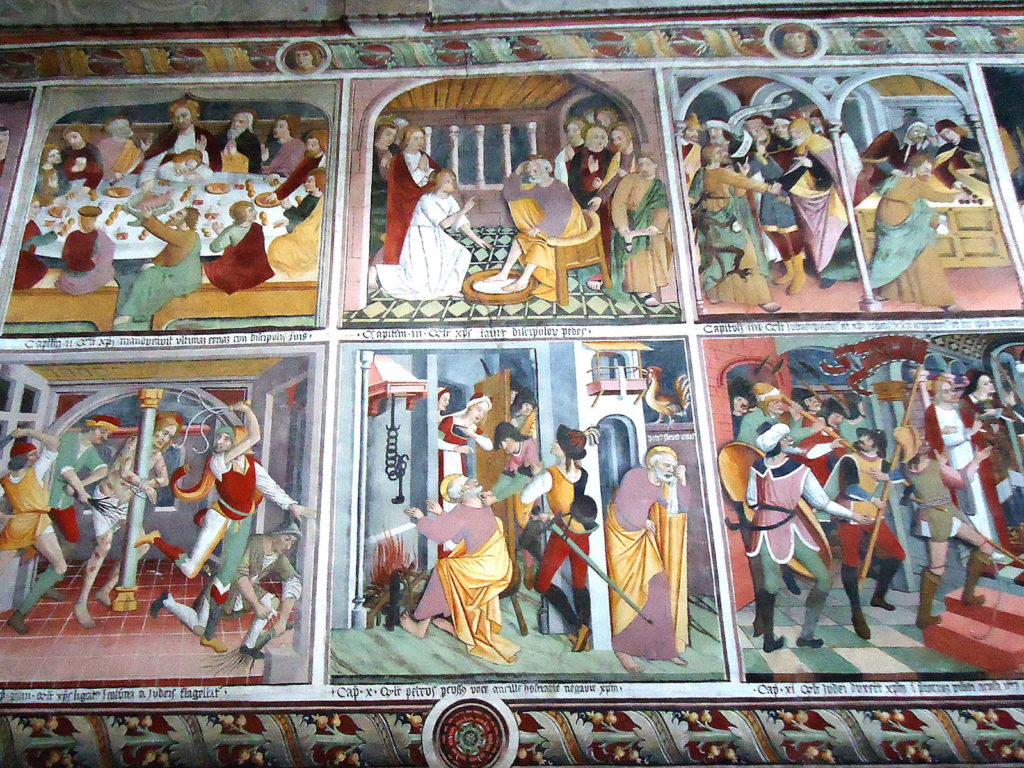 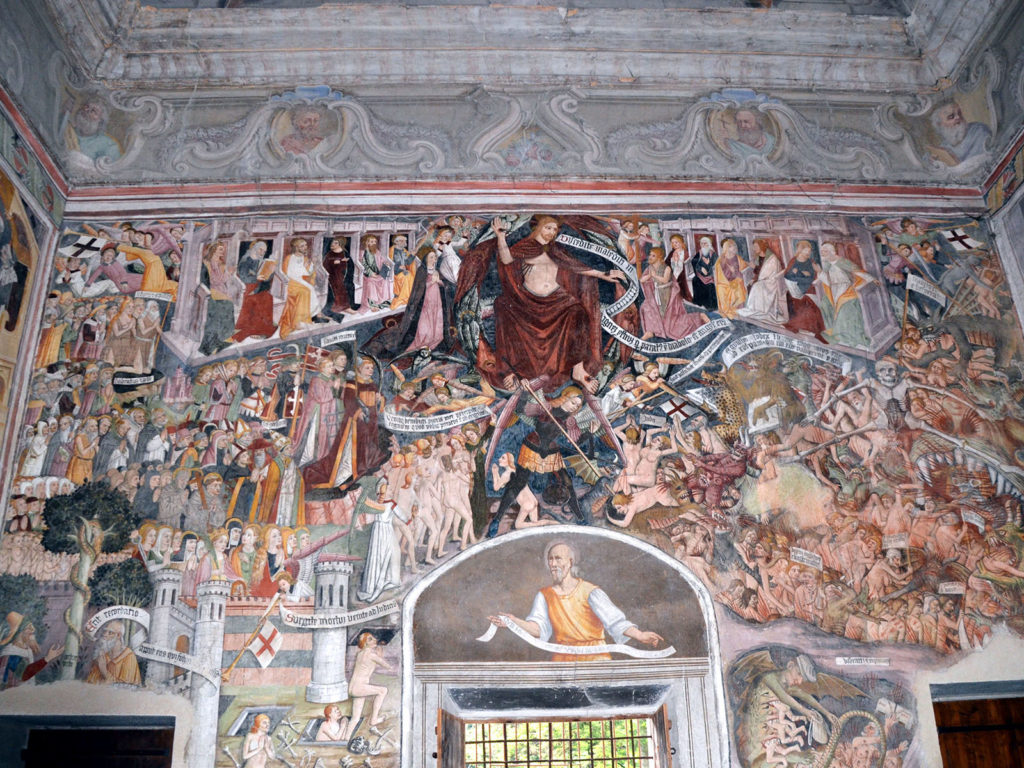