The historic city centre is identified in the medieval fabric on the slopes of the Monserrato hill. These buildings were once surrounded by city walls of defence, now disappeared, but noticeable thanks to the urban structure of the buildings and several ruins of the walls.

The current Piazza IV Novembre (A)  was part of this fifteenth-century ricetto: from here, in a south-eastern direction, you can see the remains of a Medieval tower, later incorporated into the housing structures. Only a few parts have survived from the original ricetto, such as the one in via Fantini and in via Bealera Nuova, n.11 (B).

In addition to the ruins of the medieval structure, there are other elements such as the Civic Tower, some frescoes, historic fountains and examples of industrial archaeology in the historic centre. 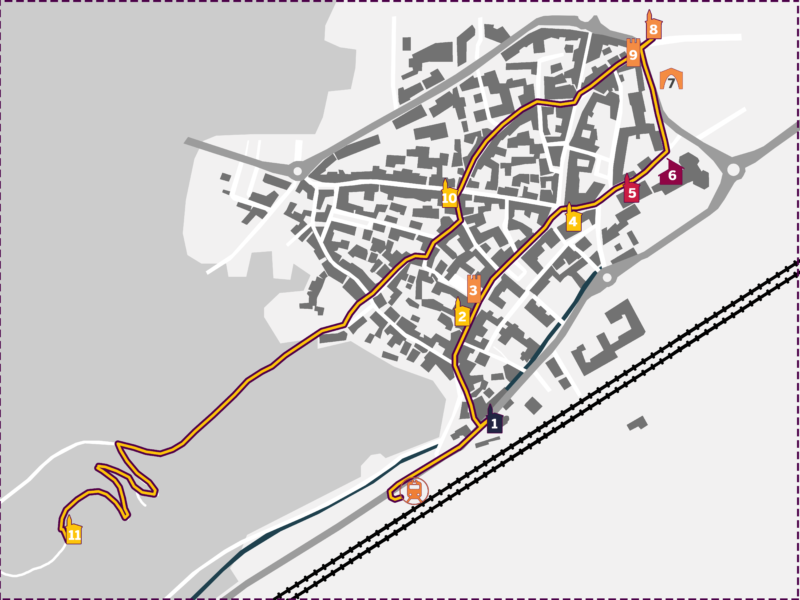