Initially extended along the southern slope of the rocky spur where the feudal castle was located, the village then developed on the western slope. The eastern slope, which was included within the bastions, remained occupied by an olive grove on terraces.

Most of the buildings in the village date back before the 18th century. The foundations of most of them are prior to the 15th century. The streets and the alleys are linked by “couréous” sloping passages with steps. Starting from the 18th century, the facilities offered by the construction of a lime kiln for the large yards of the church and the chapels of the penitents, pushed the owners to coat the facades with lime. The ochres and natural lands have been used to dye the plasters by colouring the streets of the village in an attractive way. 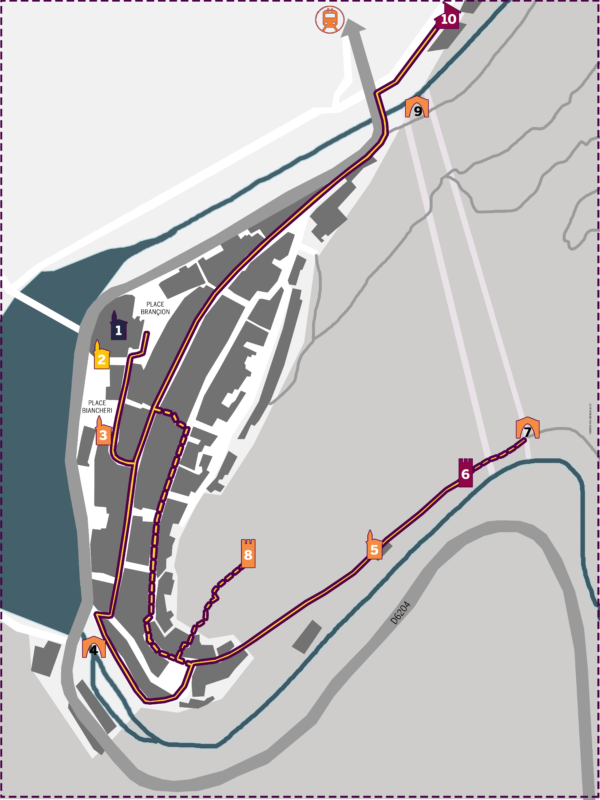