Lombard organs (or Piedmontese in Fontan) found in the five churches of the Roya Valley were built or restored for these churches in the nineteenth century. Fontan and Breil’s organs (eighteenth century) were built or reconditioned. The ensemble is a precious artistic heritage. They were restored during the 1970s – 1980s under the leadership of the organists Sant and Saorgin. Along with the other organs of the Savoyard, the Bevera and the Vermenagna Royal Route, they host an international organ festival every summer.

In 1847, when Saorge’s Saint-Sauveur church was getting ready to replace its organ in response to the request of the inhabitants of Fontan (which was then a village of the same town), it was agreed to give them up the old organ, after receiving the new one.

Saorge’s unsigned instrument had been acquired in 1739. It was then out of tune and had few records. The instrument having little commercial value, the Saorgians had given up the idea of selling it.

The organ was restored but also remodeled according to the tastes of the nineteenth century, by Carlo Vittino, from Centallo, who reused the main wind chest and some other parts of origin. The case was adapted to the new instrument.

It was not until 1850 that the organ was inaugurated on an original concave gallery by local cabinetmaker Jean-Baptiste Degioanni. It is decorated with an allegorical scene painted in the center and floral garlands on the side panels.

The organ sideboard is framed by fluted columns is neoclassical nineteenth-century inspiration. A curtain embroidered with floral motifs can close its wide opening. Above the case, there is a scrollwork decor around a lyre carved wood. Baroque spiral side fins are probably re-used ones from an old decor.

Notre Dame de la Visitation Church is located in the village of Fontan, on a plot, along RD 6204 road.
Daily opening to the public. Free access. The conditions of visits can be forced during ceremonies and Sunday mass (9am). The organ sideboard is visible from the nave. Several concerts a year. See town hall. 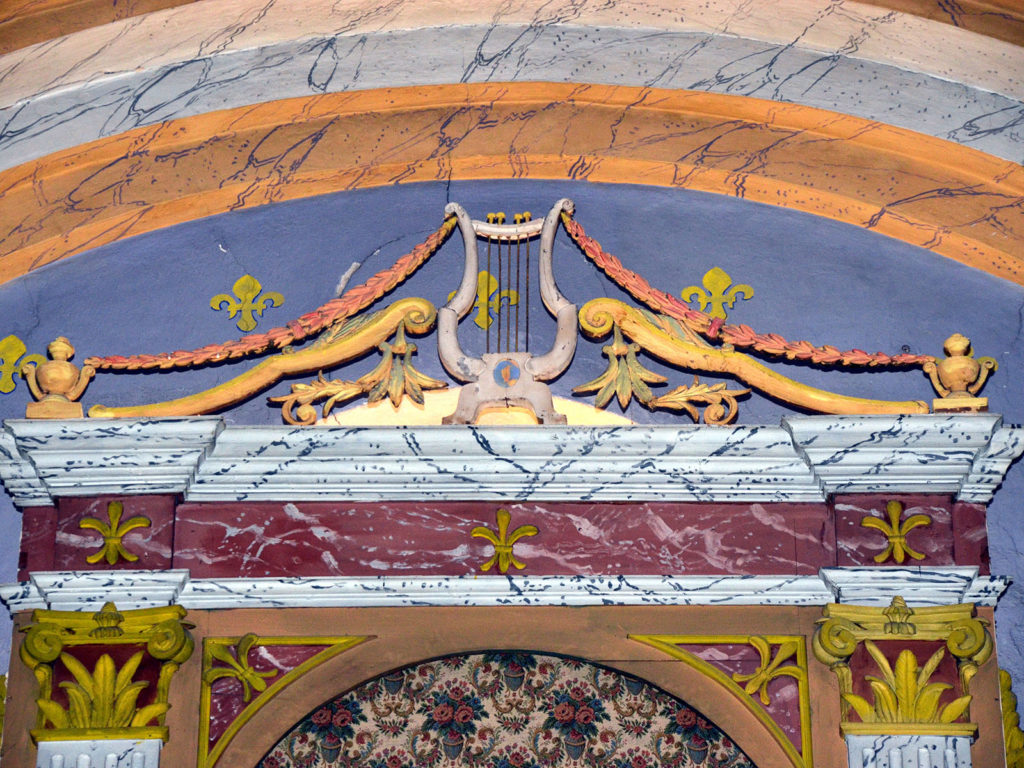 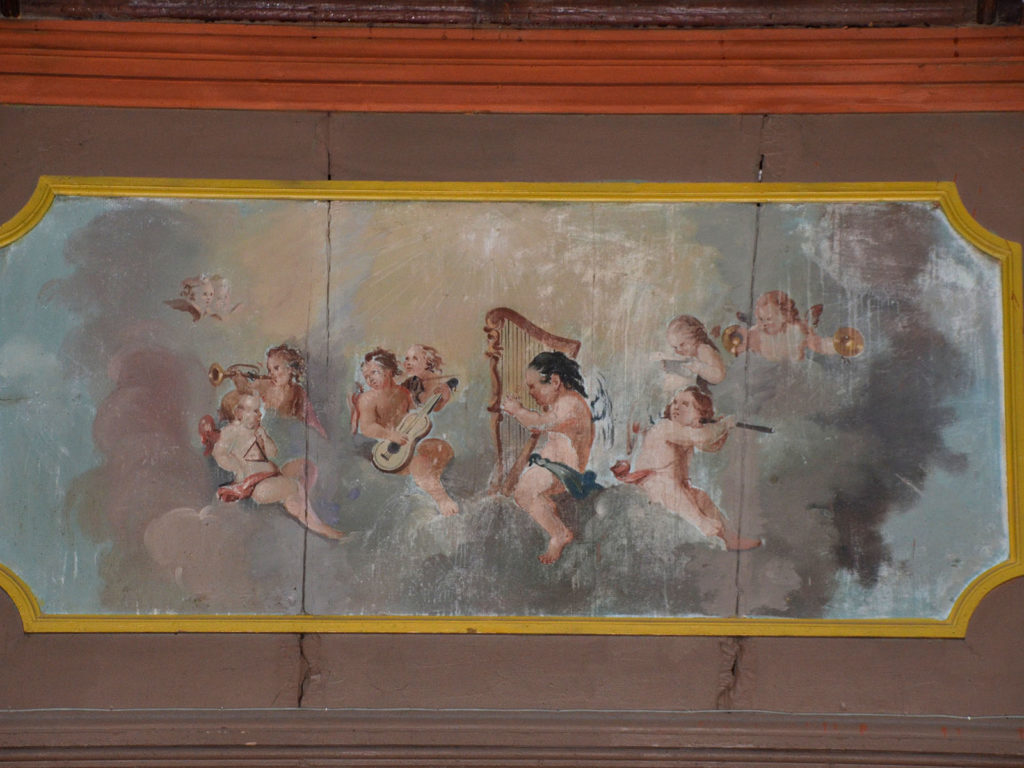