Built in medieval times and documented with certainty starting in 1276, the Tourusula was built above the small town of Vernante with control functions on the road leading to the Colle. As a refuge for armies and brigands over the centuries, today the hexagonal tower and the surrounding walls remain from the castle from which it is possible to admire a splendid panorama of the town and the mountains that surround it.

The castle survived in its original structure until the mid-twentieth century, as evidenced by several postcards of the time where the tower of about 15 metres in height is represented. Despite its important history, the current site of the Tourusela has important differences with respect to the original structure of the building. Documents and surveys mentioned in the only study on the property, highlight the presence of a cistern in the courtyard and a shelter for horses. In ancient times the tower was around 20 metres high with a hexagonal structure that included five or six floors. The entrance was probably raised from the ground and it was possible to access it thanks to a staircase that could be removed in case of danger. A small prison was probably on the ground floor.

However, all these elements are impossible to read today because the ground has been raised about two metres above the original level, hiding most of the base of the ancient structure and transforming the tops of the walls into a balcony with a parapet. The tower was unfortunately destroyed by the then municipal administration in 1966, after that some collapses that had occurred in the quarries near the town of Vernante had threatened its stability. The wall overlooking the valley is also a remake that dates back to 2000. 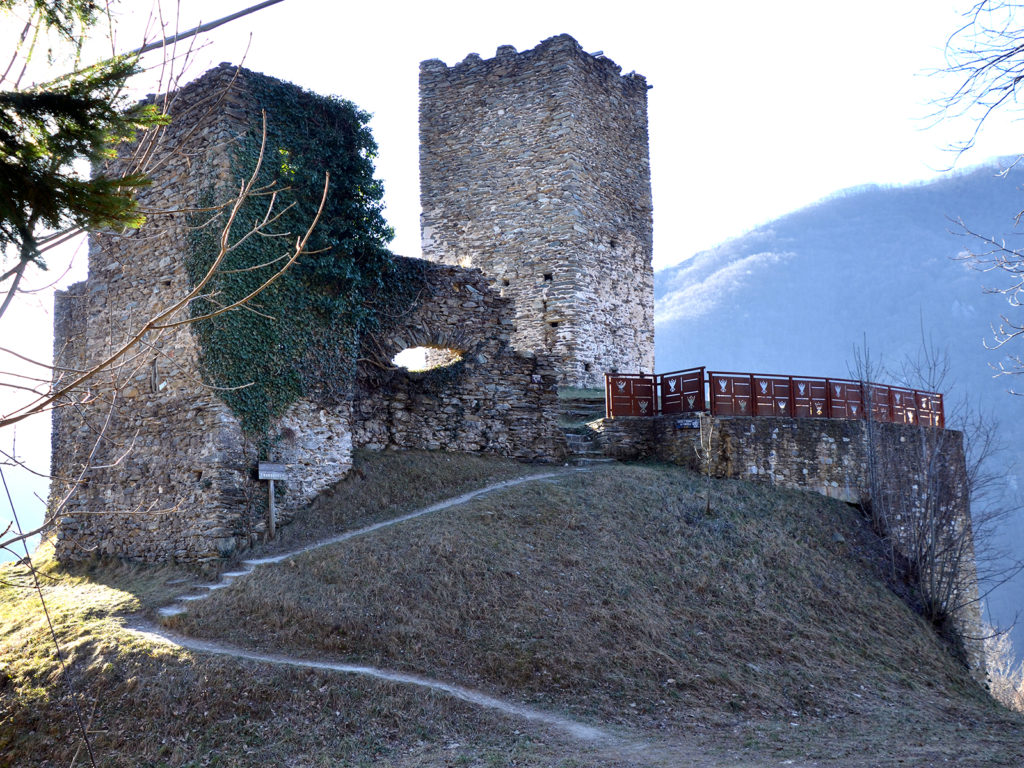 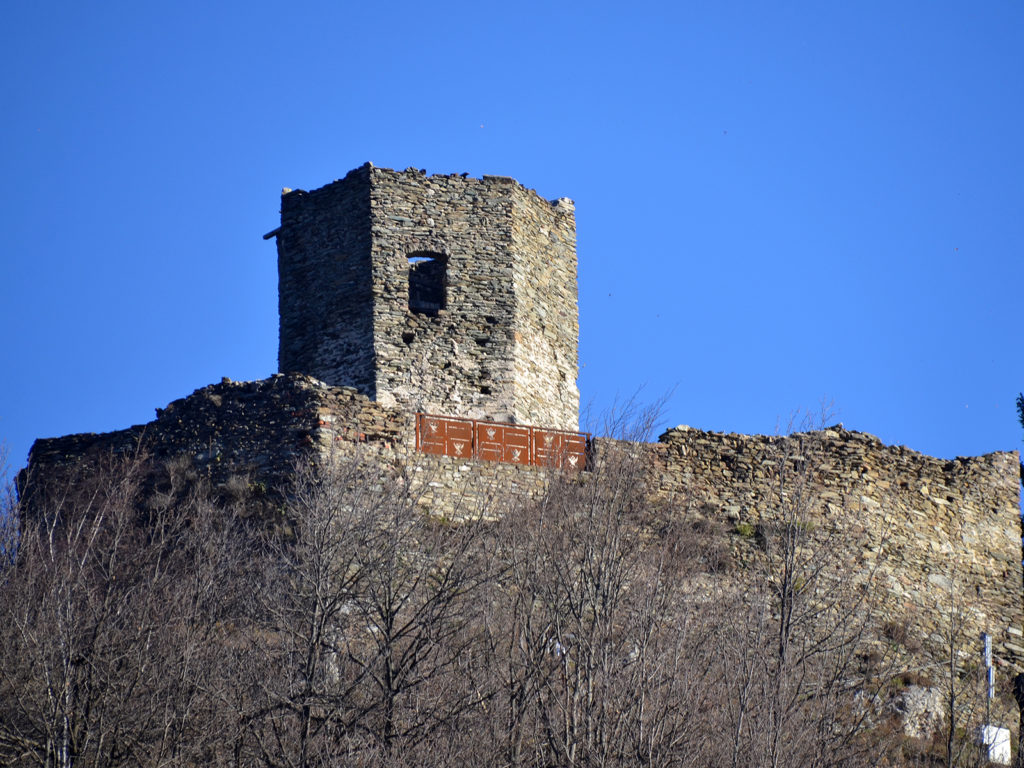