The works were entrusted to the Society of great works of Marseille ( Société des Grands Travaux) on July 1, 1912. They were held until 1914 for the most part.

The reservoir consists of a cofferdam built across Roya river, on a narrow passage of the Paganin Gorge, just downstream of the old Franco-Italian border, under the Paganin hydroelectric station.

Captured at an altitude of 527 m, the water enters the 3.4 km long penstock. A 100-meter drop drives the two turbines at the 425-meter hydroelectric generating station.

The plant was commissioned in May 1914. The construction site employed more than 500 workers for nearly two years.

The modernist elements of the power plant architecture and certain equipment including riveted driving represent an interesting heritage.

On April 8, 1946, the law of nationalization of the 1,450 French companies producing, transporting and distributing electricity and gas gave birth to EDF-GDF. With the transfer of the agreements, the Fontan facilities became part of the assets of the national company, which later became EDF, a public industrial and commercial establishment (EPIC).

Water reservoir on Roya river: roadside RD 6204, in Paganin Gorge, roadside parking to the south.
Hydropower plant: north of Tourette district, left bank of the village, nearby parking.
1. Water reservoir on Roya river: Visible from RD 6204 road, parking to the south.
3. Hydropower generation plant: authorized and easy access, parking in the village on the left bank.
Restricted visit of the facilities (private property). 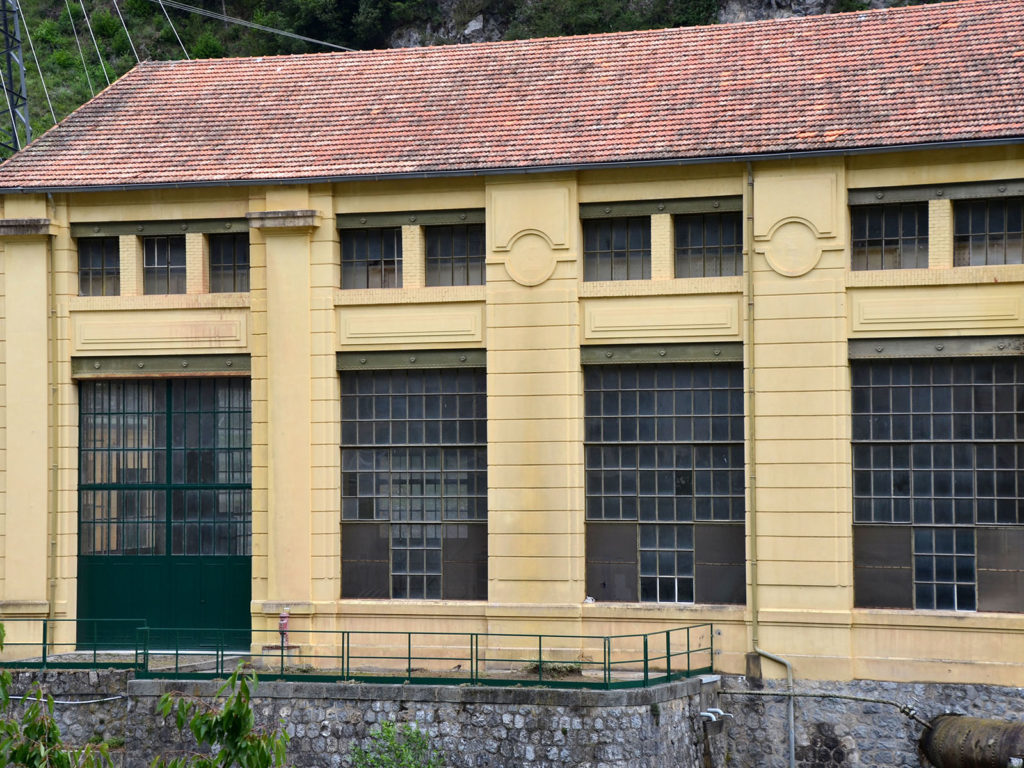 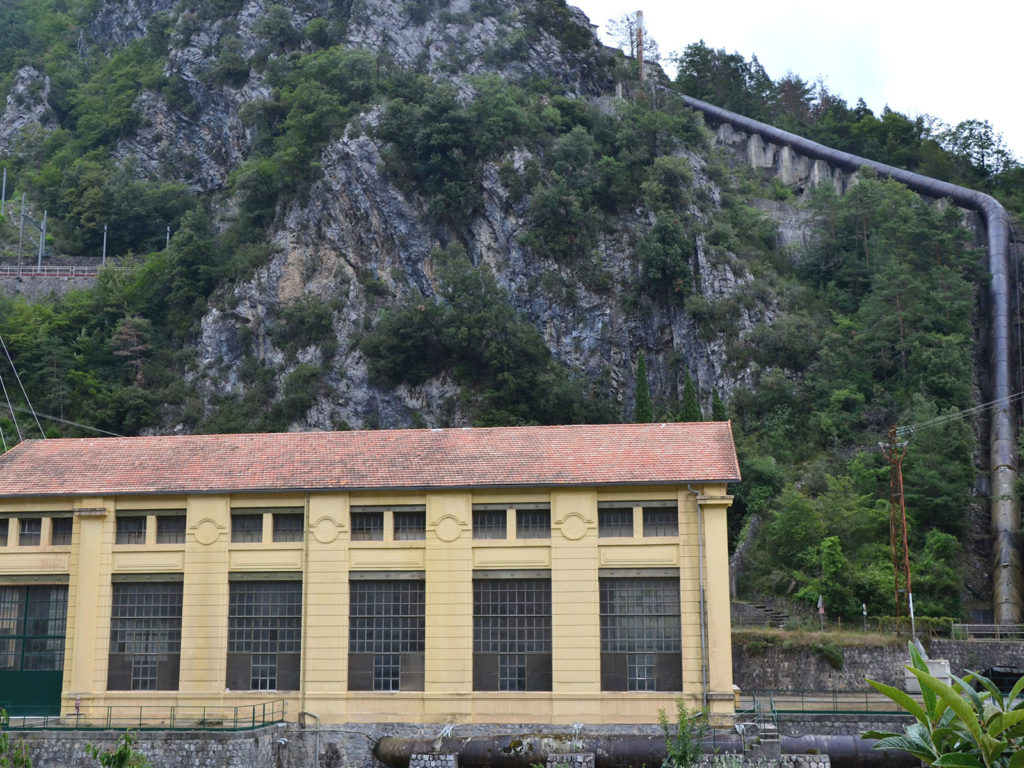