On 18 December 1569, Dalmasso Fenoglio and Biagio Pasquerio, then mayors of Borgo San Dalmazzo, obtained the concession from Emanuele Filiberto to establish a fair in honor of the patron saint on December 5, lasting three days. Since then the Cold Fair (Fiera Fredda) has been renewed every year and has always represented an important meeting point for all the inhabitants of the valleys, who converged towards the town to get the last supplies before the long winter period during which travel became difficult, due to the often unfavourable weather conditions.

Once in the city, the inhabitants of the valley took advantage of the numerous taverns that developed in the center, tasting those that over time have become traditional dishes. In particular, the most typical dish of the event has become the Helix Pomatia Alpina, the snail with white flesh that has found its natural habitat in the Maritime Alps.

According to the most ancient Borgo tradition, snails were served by simply steaming them in their shells and were extracted with the characteristic nail to shoe horses with (still used today), then dipped in a spicy sauce based on oil, salt, pepper and garlic called “cartuné sauce”. “The “cartun” was a cart covered with a cloth supported by four wooden ribs, pulled by a mule; it was the mobile home of shepherds of the Borgo valleys: the “cartuné”. The carters passing through Borgo heading towards France were the main visitors to the local taverns, who gave the name to the famous sauce. As an alternative to the “cartunera”, the steamed snails could also be accompanied by “ajé” (or “aiolì”), a mayonnaise with finely mortar-crushed garlic with a vaguely Provençal flavour.

From the 1970s, local restaurateurs wanted to give greater impetus to snail gastronomy, so they worked hard to search for new recipes either from the recipe books from beyond the Alps,, or by giving free rein to their imagination so as to be able to offer complete menus based on snails. Steamed snails (strictly in boiling water with salt and flavourings) can then be used in various ways, and their cooking can be finished with different herbs, spices and seasonings, suitable to enhance the taste. 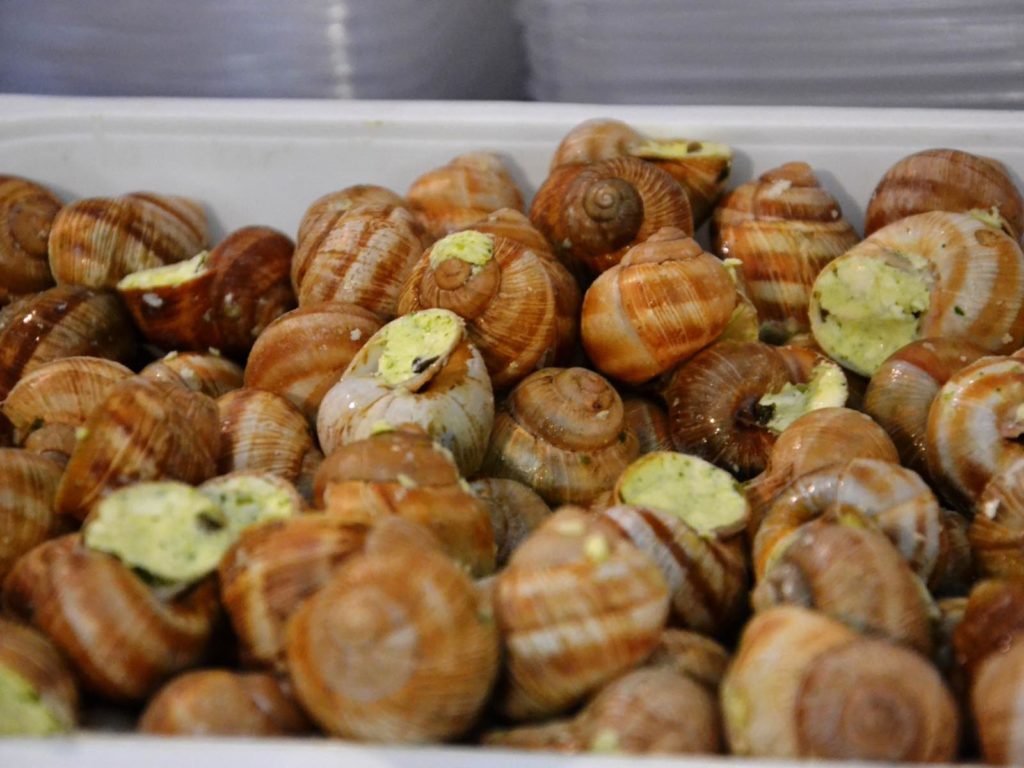 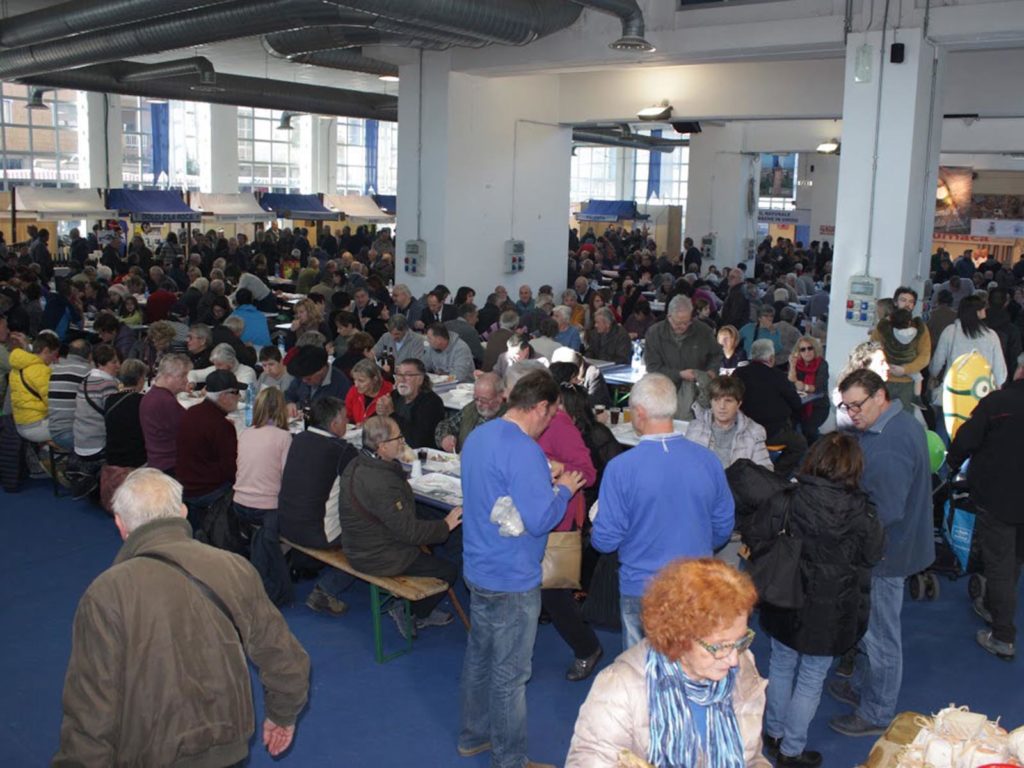